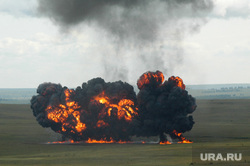 The Ukrainian special services organized the undermining of one of the power transmission towers near Melitopol, another explosion was prevented. This was stated by Vladimir Rogov, a member of the main council of the military-civilian administration of the Zaporozhye region.

“On August 17, the police of the Zaporizhia region received a message about an explosion 500 meters from the Yuzhny checkpoint in Melitopol. As it turned out, one of the four pillars of a high-voltage power line was blown up, from which it collapsed, but the power supply was not interrupted. While inspecting the territory on one of the three remaining power transmission towers, police dog handlers found another explosive with a timer at 12:40. Explosives specialists cleared mines and destroyed the explosive device,” Rogov wrote in his telegram channel.

Since February 24, Russia has been conducting a special operation to demilitarize and denazify Ukraine. Earlier, the FSB opened a criminal case on the preparation of an act of international terrorism in Melitopol. The attack was prevented in April. In July, an assassination attempt was made on the head of the administration of the Melitopol district, Andrei Siguta.