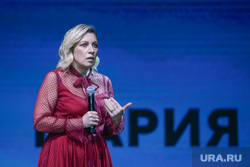 The official representative of the Russian Foreign Ministry, Maria Zakharova, regarded the words of the former head of the Polish Foreign Ministry, MEP Radoslav Sikorsky about the damage to the Nord Stream threads as a statement about a terrorist attack. Earlier, he thanked the US authorities for damaging the gas pipeline.

“Polish MEP, former Foreign Minister Radek Sikorski on Twitter [соцсеть Twitter] (blocked on the territory of the Russian Federation) thanked the United States for today’s accident on Russian gas pipelines. Is this an official statement about a terrorist attack?” Zakharova wrote.