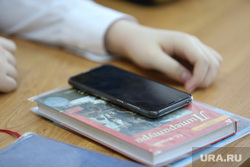 Perm schoolboy Ilya Volegov wrote a poem dedicated to fellow countrymen who went abroad after the announcement of partial mobilization. The boy’s video message was published on his page on the VKontakte social network.

“I’m talking to you, evader! No matter how much you run, do not dodge, you will remain like a slanting hare outside the outskirts of your homeland with an ugly soul. Prison is your life, or an eternal station! — says in the appeal of the student. URA.RU wrote that Ilya Volegov calls himself a patriot of Russia. He also stated that he respects the country’s President Vladimir Putin and the head of Chechnya, Ramzan Kadyrov. The boy supports the soldiers participating in the special operation in Ukraine, uploads a video with poems. Because of this, he repeatedly received threats against him.

From the age of 5, a Perm schoolboy has been engaged in judo and Greco-Roman wrestling. Earlier, Ilya Volegov set the absolute record of Russia among children in push-ups from the floor on the palms. Partial mobilization was announced by Putin on 21 September. After that, the Russians began to leave the country en masse. As a result, many kilometers of traffic jams formed on the border of a number of countries, in particular, Georgia and Kazakhstan.