The head of Belarus, Alexander Lukashenko, outlined the conditions under which Minsk would connect to the NVO, which caused panic in Kyiv and preparations for possible hostilities. The President of Belarus has long made statements about the possible deployment of troops, but now the situation is beginning to come to a logical conclusion. We are also concerned about the situation in Ukraine. It got to the point that Vladimir Zelensky instructed to check the troops in the northern direction. The fears of the Ukrainian side are justified, since in Belarus they are preparing a group and call the conditions for the introduction of troops.

— The President assembled the Stavka. And it was precisely this question that was spoken about – the question of Belarus. All our bodies that are involved in this gave an assessment: what is happening, what condition the Belarusian troops are in today, how many Russian military are there, what are the plans. As a result, there is an assignment. There will now be a check in four areas of the state of preparation in case there are repeated calls for our country., — Oleksiy Danilov, Secretary of the National Security and Defense Council of Ukraine, said. 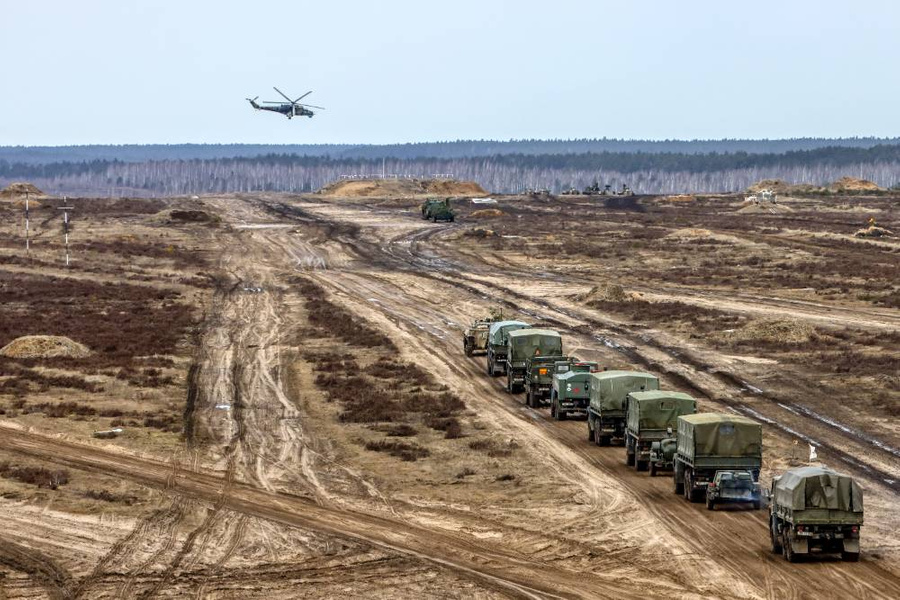 At the beginning of the special operation, Belarus was used in the NWO for missile strikes, aircraft takeoff and as a springboard for an attack on Kyiv. The situation changed after Russia carried out a maneuver with the withdrawal of troops from several regions of Ukraine.

Nevertheless, Alexander Lukashenko regularly made statements about possible full-fledged participation in the NWO. As early as February 24, he indicated that the Belarusian troops were not participating in hostilities, but were ready to join if necessary. A month later, the President of Belarus announced the conditions. He said: “We can be drawn into the war in only one way: if aggression starts against us, if they start fighting against us.”

To date, the rhetoric of the Belarusian leader has changed, and he notes that Belarusian troops will enter Ukraine in response to Polish aggression. At the same time, Lukashenka’s goal is to protect the population of Western Ukraine.

We will have to react. Because we cannot allow the Poles to surround us at all. This is a dangerous option. And I once said that the Ukrainians would also ask us with the Russians to help them maintain integrity. To not get ripped off

— I think that Minsk may reconsider its approaches in the face of a large-scale military provocation by Ukraine. For example, a large-scale missile attack. What will turn society around and determine its mood in favor of a forceful response— Igor Korotchenko, editor-in-chief of the National Defense magazine, told Life. — Belarus is seriously strengthening its forces to cover the border, in parallel with this, it is taking measures to strengthen air defense.

Poland does not particularly hide the desire to move the border. The Ministry of Defense is modernizing the army, expecting from the West to supply medium-range air defense systems and 500 Himars system launchers. In addition, the head of the Polish department, Mariusz Blaszczak, said that the situation in Ukraine showed the importance of artillery. The issue of acquisition of observation satellites was also raised. And the icing on the cake is Warsaw’s desire to increase the number of military personnel to 300,000, that is, almost double.

Any territorial acquisition will increase Warsaw’s territorial hunger. Because after the capture of Western Ukraine by Poland, Western Belarus and Kaliningrad will be targeted. Lukashenka predicts that Polish troops will occupy Western Ukraine. 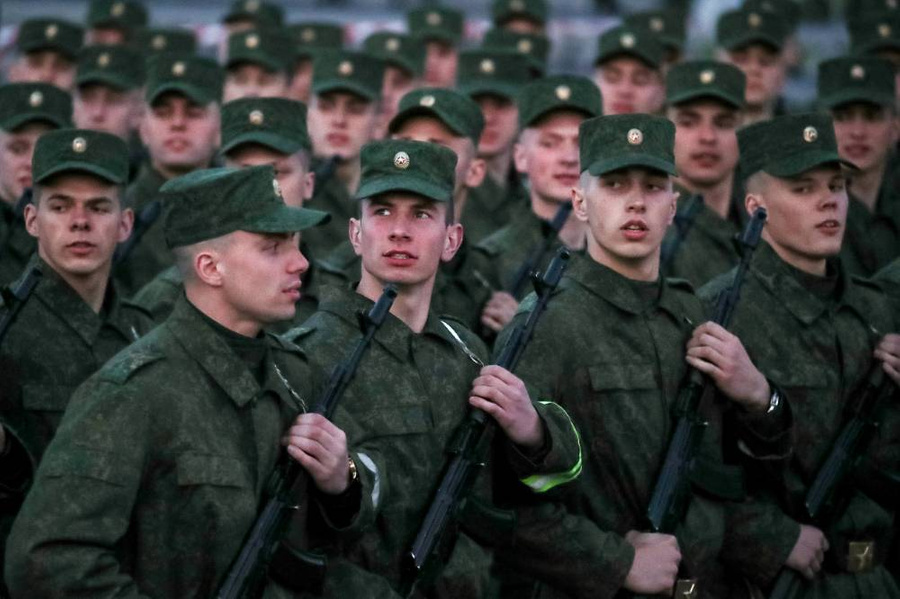 At the moment, the Armed Forces of Belarus have 65 thousand people, of which 20 thousand are civilian personnel. According to the Global Firepower portal, the Belarusian paramilitaries number another 110,000 people. The republic is armed with 600 tanks, 700 artillery pieces, 80 helicopters, 130 aircraft and about 1,500 armored vehicles. That is, the Belarusian leader will not be able to set up a large group, since something will need to be left inside the country.

— If Belarus decides to join the NVO, then we will talk about tens of thousands, but definitely not about half of the Belarusian army, – says military expert Alexei Leonkov. — And the participation of the republic will be determined by the tasks that accompany the goals of the special operation.

According to some information, Minsk may allocate a grouping of 10-15 thousand people to participate in the NWO. At the end of May, the head of the military department, Viktor Khrenin, said that the development of the Special Operations Forces would be a priority in the near future. The next day, he announced the creation of a people’s militia.

Preparations for the participation of the Belarusian military in the conflict in the adjacent territory are already underway. At the end of May, Alexander Lukashenko announced that the Southern Operational Command would be organized in the Belarusian army. It will be located on the border of Belarus and Ukraine. At the same time, from June 1, entry into the border strip in three districts of the Gomel region is limited. It is noteworthy that the road to Chernihiv, Kyiv and Sumy passes through them. 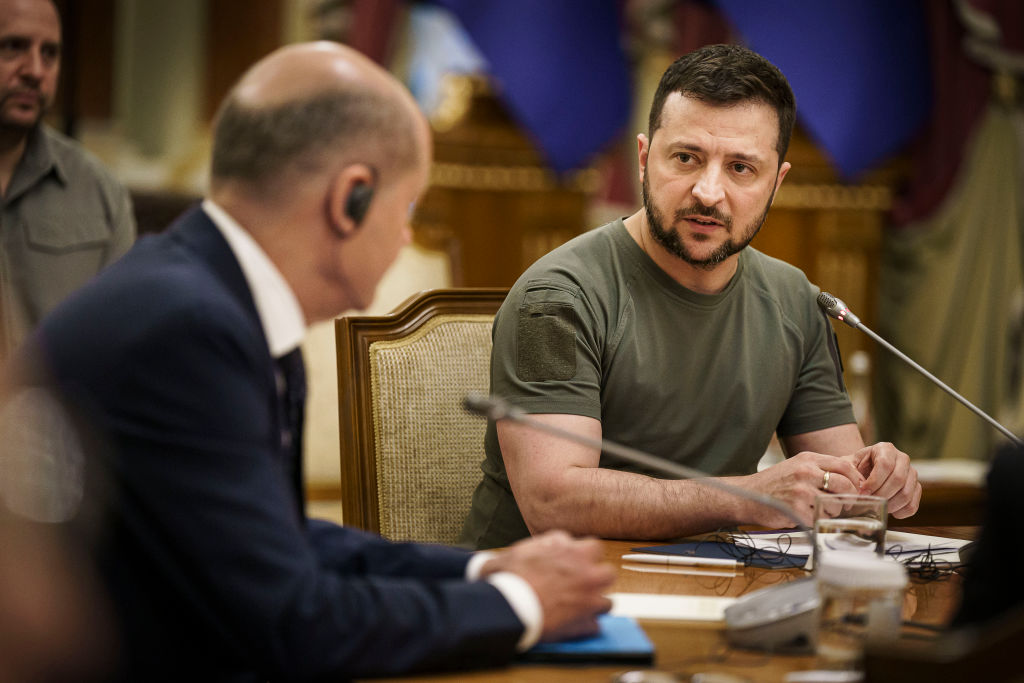 From the very beginning of the special operation, Ukraine took a hostile stance towards Belarus. The Ukrainian authorities believe that Belarus has provided its territory, which means that it is a party to the conflict. At the same time, the Belarusian army does not attempt to enter Ukraine. Zelensky’s advisers claim that they receive complete information, but it is she who can cause panic in the President of Ukraine.

— Zelensky is in a vacuum. If he receives information about what is happening on the fronts, then he must come to an inadequate state. He may fear advances from the north, west and east— suggests military expert Dmitry Litovkin.

At the moment, Belarus has no actual reason to join the special operation, Litovkin noted. Lukashenka cannot even use the CSTO agreement, since there is no attack so far. At the same time, the Belarusian leader clearly outlined the moment when the entry of Belarus could begin.

— If they hit Mozyr, then we will hit Kyiv without entering Ukrainehe warned.

Whether such or a similar strike will occur remains an open question, but it is clear that Kyiv understands the gravity of possible events and is trying to prepare for a meeting with the Belarusian army. 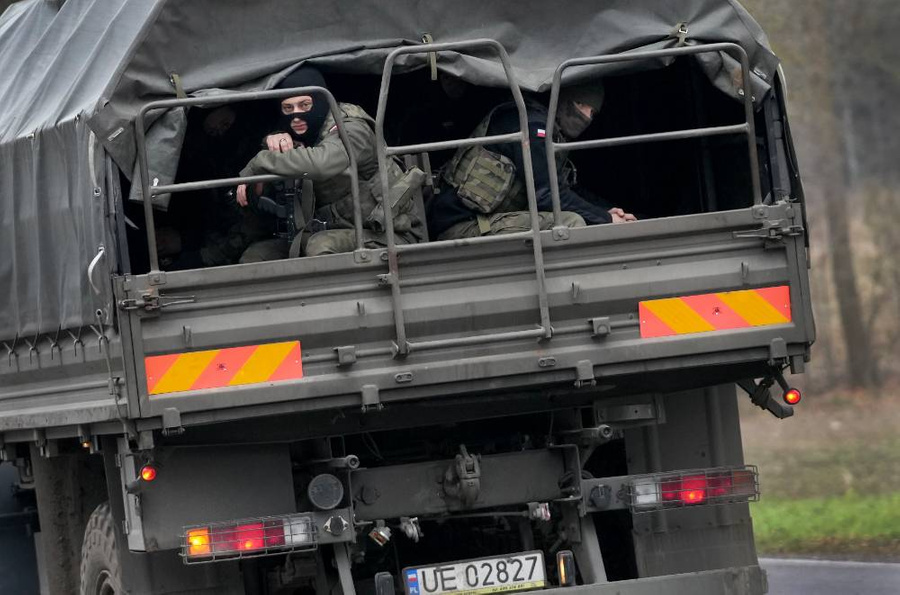 Reinforced patrol near the border of Poland with Belarus near the checkpoint Kuznitsa. Photo © TASS / Matthias Schrader

What will ultimately force Belarus to join the special operation?

Moscow and Minsk should be ready for a mirror response to...

A Sverdlovsk resident with cerebral palsy, who cleans up garbage for...