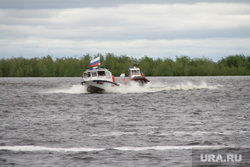 Residents of the village of Ovgort, Shuryshkarsky District (YaNAO) will not be able to use water transport in the near future. Due to the shallowing of the Synya River in the Yamgort-Ovgort section, the movement of the boat is canceled, the administration of the Shuryshkarsky district reported on the page on the VKontakte social network.

It is also reported that the issue of early resumption of flights on the Salekhard-Ovgort route is being resolved. Residents need to contact the administration in advance.

Earlier, URA.RU reported that residents of the village of Muzhi in the Shuryshkarsky district of the Yamal-Nenets Autonomous Okrug asked the transport prosecutor of the Ural Federal District Vladimir Drozdetsky to look into the issue of increasing helicopter and motor ship flights, as well as organizing ferry transportation. The meeting with citizens was held as part of the work of a mobile reception in the district.