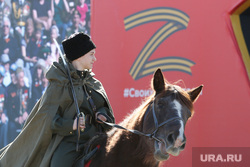 The Cossacks of the 208th Cossack Regiment went on the offensive on Krasny Liman. This was reported by war correspondent Yevgeny Lisitsyn.

“The 208th Cossack Regiment went on the offensive on Krasny Liman, the Cossacks liberated the settlement of Dibrovo,” Evgeny Lisitsyn wrote in his telegram channel. According to the source “Constantinople“, the battalion of volunteers “Bars” will also participate in the liberation of the settlement.

Earlier, the Russian army withdrew troops from Krasny Liman and moved to more advantageous lines. The Ministry of Defense of the Russian Federation stated that there was a threat of encirclement by the Armed Forces of Ukraine. Acting head of the DPR Denis Pushilin said that the allied forces are preparing to liberate Krasny Liman. He also noted that the situation in the Liman direction is improving.