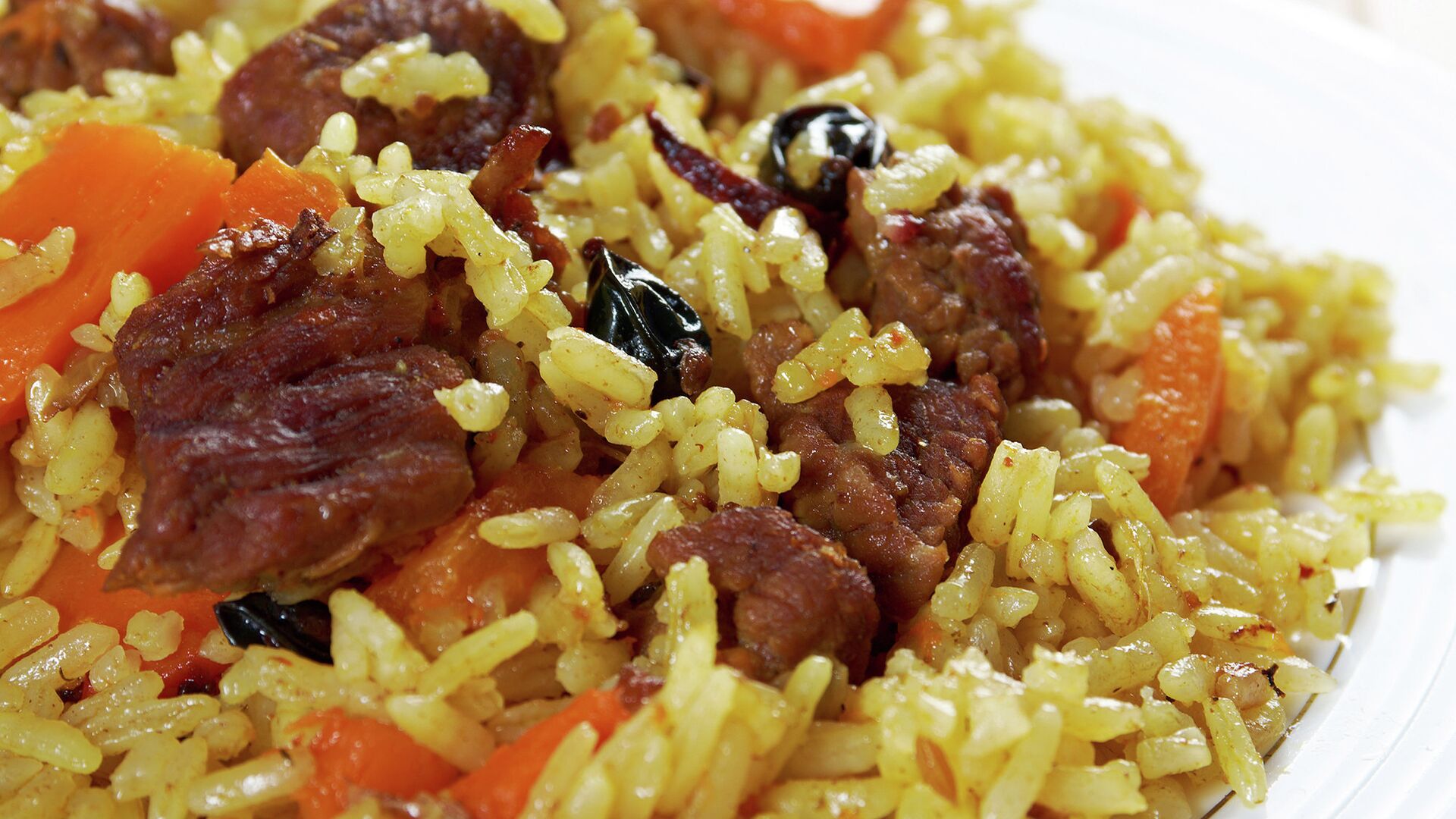 TASHKENT, 22 Oct – In Uzbekistan, pilaf is cooked according to their own recipes in every region, but the main ingredients – meat, carrots, rice – remain unshakable, it’s all about mixing them and adding some zest and secrets, said Doniyor Yakubov, a cook at the Tashkent Pilaf Center.
“In Tashkent, raisins, black peppercorns and exceptionally yellow carrots are added to pilaf, which gives pilaf a special taste and aroma,” says Yakubov. The capital of Uzbekistan also mainly uses “laser” rice, longitudinal in shape, which can absorb a lot of moisture without boiling. Correctly, this kind of rice, bred back in Soviet times, is called “azure”, but in popular use over the years its name has been transformed.
Doniyer-aka believes that it is very important to properly prepare zirvak: a kind of “pillow” for rice. For pilaf for an average family, the ratio of meat, onions, carrots to rice should be one to one. Here, too, special attention is paid to ensuring that all this is very well fried in a cauldron in vegetable oil.
It is necessary to pour vegetables and meat (only lamb) with hot water, and let the zirvak boil for 40-50 minutes under a closed lid. Then the washed rice is laid out on the prepared “pillow” of the zirvak, leveled, again topped up with hot water on the little finger and allowed to sweat for another 40-50 minutes until the water has completely evaporated.
“But in the Andijan region, for example, not hot, but cold water is added to pilaf, and the rice is washed at least five to six times,” the cook specifies. And they cook it without any additives, which distinguishes this pilaf from the rest in taste. In the Fergana Valley, brownish-pinkish “devzira” rice is used for pilaf and no sweet spices are used. True, without tea or vegetable salad, such pilaf cannot be easily absorbed by the stomach – it turns out to be quite fatty.
“The most dietary pilaf is prepared in Samarkand. Everything is laid out in a cauldron in layers, without mixing – meat, carrots, rice,” explains Yakubov. In his opinion, the warriors of Amir Temur (Tamerlane, the founder of the Timurid empire with the capital in Samarkand) ate this kind of pilaf, which allowed them to be in shape and conquer all of Central Asia.