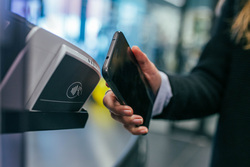 Residents of Tyumen, who moved to Kazakhstan after the beginning of partial mobilization, opened a business abroad to receive bank cards for those who remain in Russia. About this URA.RU said one of the residents of the city.

“Acquaintances who left after the start of mobilization began to provide services to those who remained in Russia. Namely, they offer to issue a card in the banks of Kazakhstan. As it turned out, the business is profitable: many want to get the “plastic” of another state. Services that stopped cooperating with Russian banks after the start of the special operation work with him, ”the Tyumen resident told URA.RU on condition of anonymity.

According to him, the price of services varies from 10 to 20 thousand rubles. It all depends on which option the client chooses. You can get the card yourself (for this you will need to come to Kazakhstan), paying intermediaries for the preliminary execution of the necessary documents, or remotely, while staying in Russia. The second option requires more time and issuance of a power of attorney.

Residents of the Tyumen region began to leave for Kazakhstan after the start of partial mobilization. Its launch in Russia was announced on September 21 by President Vladimir Putin. As URA.RU wrote earlier, the attitude towards foreigners in the neighboring state varies: people face both accusations of cowardice and well-wishers who help them settle in a new place.