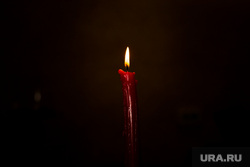 Vladimir Rulev from Tyumen, who disappeared a month ago, was found dead. The White Owl-Tyumen search team reports this in its group on the VKontakte social network. They have been looking for a pensioner since July 23.

The man left home on July 23 and disappeared. Volunteers and police searched for the 59-year-old pensioner.

Earlier, URA.RU wrote that an 80-year-old woman was being sought in Tyumen. She disappeared from home and needs medical help.