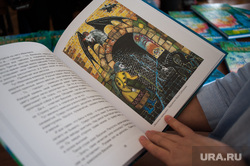 The chairman of the Tyumen parent committee Andrey Generozov spoke out against the release of a new film about Little Red Riding Hood. According to him, modern film adaptations vulgarize the heroes of fairy tales. Andrey Generozov told about it to the correspondent of URA.RU.

“There is a depreciation of eternal values. <...> The claim is connected with the industry of modern cinema and animation, which copy Western approaches. And Western approaches have long saddled the topic of desacralization of ideals. In the new film adaptations, the images of the characters are vulgarized and the interpretation of good and evil, the traditional behavior of men and women is given in a different way, ”Generozov told URA.RU correspondent.

The chairman of the Tyumen Rodkom advised parents to read the fairy tales “The Scarlet Flower”, “The Tale of the Fisherman and the Fish”, “Geese Swans” and “The Frog Princess” to their children. He also recommended to get acquainted with the animated series “Mountain of Gems”.