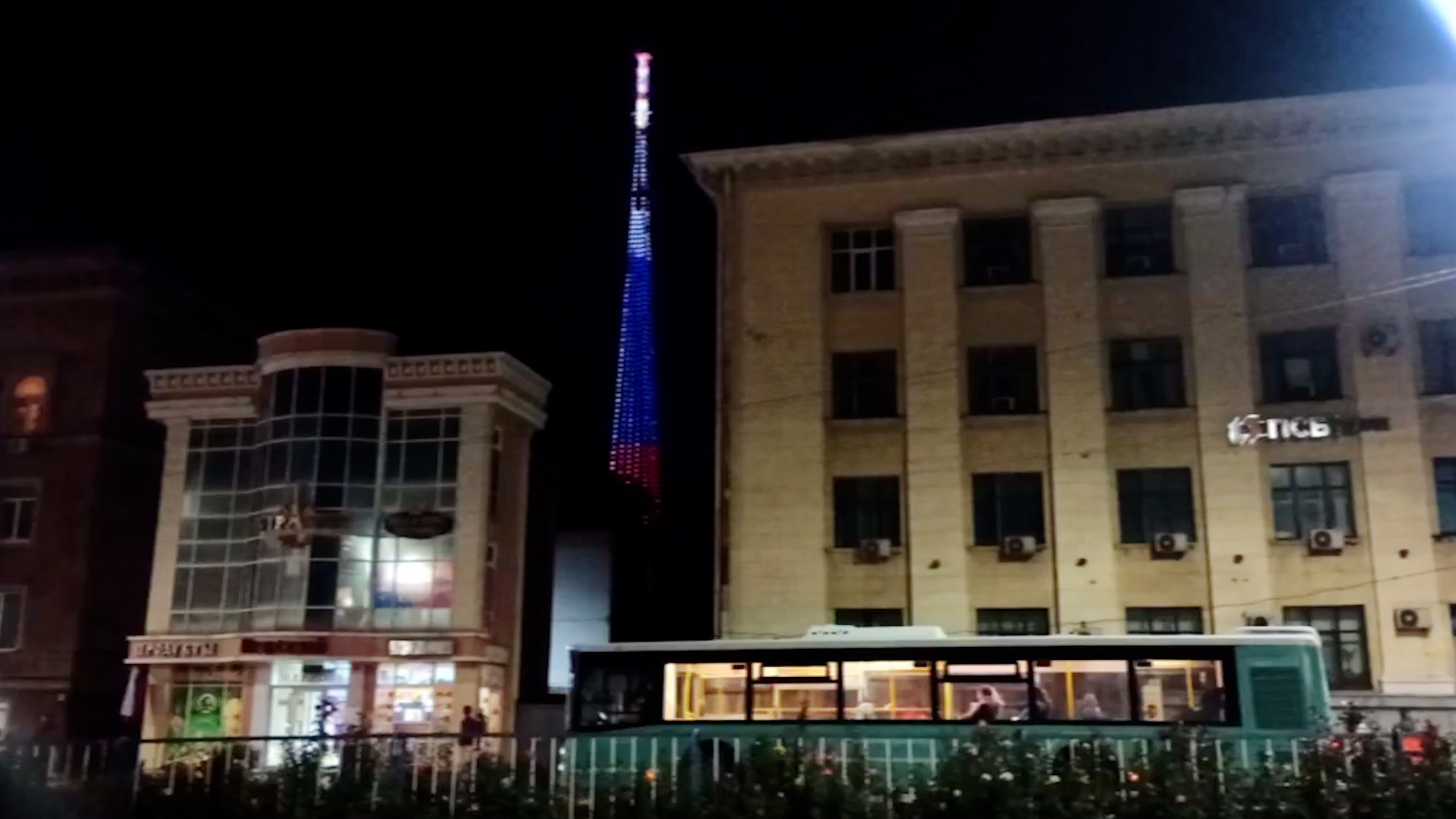 The TV tower in Luhansk was painted in the colors of the Russian tricolor after the referendum on the entry of the LNR into the Russian Federation.

In the afternoon, residents of the capital of the Luhansk People’s Republic also began to hang Russian flags from the windows of houses and on the facades of shops.

Elena Kravchenko, chairman of the Central Election Commission of the LPR, has already reported that the total voter turnout in the referendum in the republic following the results of five days was 92.6%. According to the results of processing 91.2% of the ballots for joining Russia, 98.54% of the inhabitants of the LPR voted in a referendum.