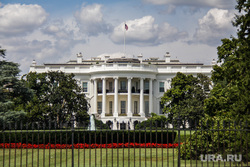 The United States agreed on a new package of military assistance. It may be announced soon. It is reported by Bloomberg TV channel.

“We have an additional military assistance package that will be announced in the next couple of days,” John Kirby, the coordinator for strategic communications at the National Security Council, was quoted by the TV channel. He noted that the United States maintains constant contact with Ukraine. Particularly close contact at the level of defense ministers of the two countries regarding the necessary support measures.

Earlier, the United States authorities expressed their readiness to send monthly assistance to Ukraine in the amount of $1.5 billion.National News Service“. Assistance will be provided throughout the conflict. The special military operation began on 24 February. The objectives of the operation are the demilitarization and denazification of Ukraine.