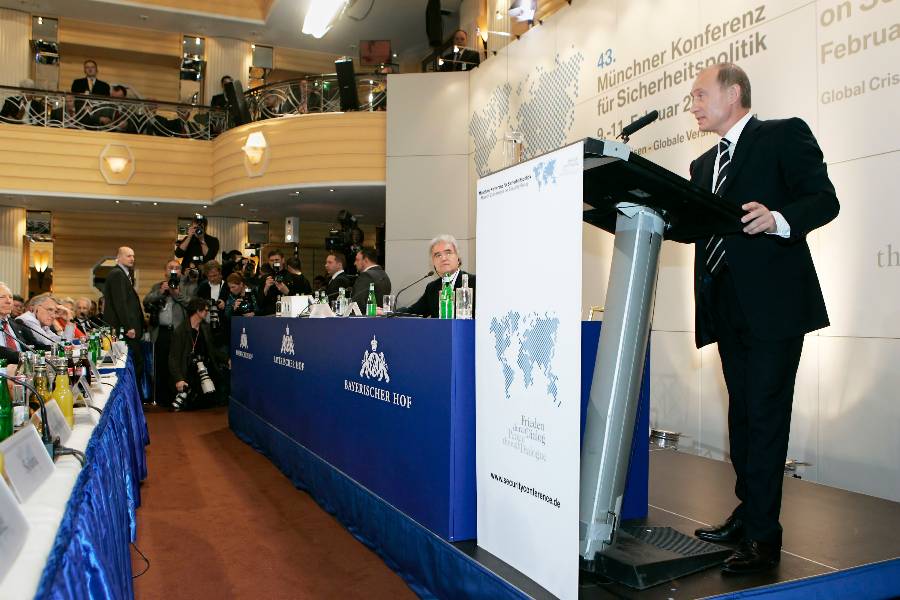 Western countries made the mistake of “brushing” the Munich speech of Russian President Vladimir Putin, delivered in 2007, ignoring its main message. This opinion was expressed by Hill newspaper columnist Harlan Ullman.

“At the Munich Security Conference, Putin launched an angry tirade against the United States as the ‘sole pole of power’ and against NATO expansion. The participants in the meeting were shocked by the vigor of Putin’s attacks, but they generally brushed them aside. It was a mistake,” — writes Ulman.

In his opinion, the Russian leader considered such an attitude of his Western colleagues to his position as disrespectful. As a result, this situation has only exacerbated Moscow’s growing resentment, Ulman said. The Russian authorities might consider this behavior of the West arrogant.

Recall that 15 years ago, Vladimir Putin in his Munich speech severely criticized US foreign policy, the idea of ​​a unipolar world. He opposed the expansion of NATO, the deployment of US missile defense systems in Eastern Europe.

nationalists steal Ukrainians and force them to fight

In the Vladimir region, 12 covid patients were hospitalized per day

The Russian military discovered a cache with weapons of the Armed...

nationalists steal Ukrainians and force them to fight

In the Vladimir region, 12 covid patients were hospitalized per day

In Ukraine, they decided to legalize the confiscation of Belarusian property.