Home News The West is looking for a pretext for sanctions in the Navalny... 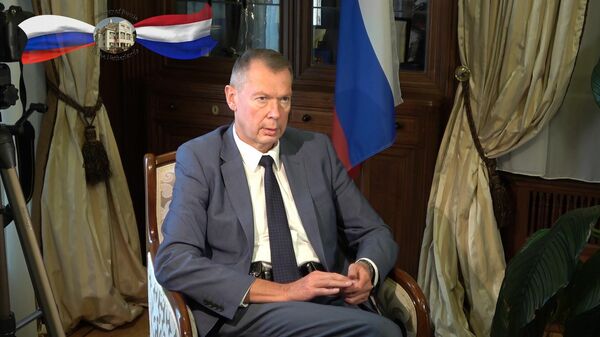 PARIS, 29 Nov – Western countries are looking for a pretext in the case of the so-called poisoning of Alexei Navalny in order to impose sanctions against Russia, said Alexander Shulgin, Russian ambassador to the Organization for the Prohibition of Chemical Weapons (OPCW), Russian ambassador to the Netherlands.
The next session of the Conference of the States Parties to the OPCW is held in The Hague from November 29 to December 3.
“The feeling is that they are only looking for an excuse to impose new sanctions. By the way, there is no need for an excuse either. Our very same American partners, two days after German doctors said something at the Charite clinic, have already introduced sanctions. All of this was originally an anti-Russian undertaking and precisely a provocation. But we will bring the provocateurs to clean water and we will seek answers, “said Shulgin, speaking about the Navalny case, during the session, which is broadcast on the organization’s website.
He stressed that until now, the Russian side had not received any information confirming the use of chemical weapons. “In light of the refusal of the Technical Secretariat (OPCW – Ed.) To cooperate with the Russian Federation in this matter within the framework of the understandable, transparent, honest and logical modalities that we have proposed, which fully correspond to the CWC, we cannot take on faith the technical assistance rendered to Germany,” he added permanent representative
Navalny was hospitalized on August 20, 2020 in Omsk after he fell ill on a plane en route from Tomsk. Based on the results of the examinations, the Omsk doctors named the main diagnosis as metabolic disorder, which caused a sharp change in blood sugar. It is not yet clear what caused it, but according to Omsk doctors, no poisons were found in Navalny’s blood and urine.
Later he was transported by plane to Germany. After that, the FRG government announced, citing military doctors, that Navalny was allegedly poisoned with a substance from the Novichok group of toxic warfare agents. Later, the Cabinet of Ministers of the Federal Republic of Germany reported that the conclusions of the German experts were confirmed by the laboratories of Sweden and France, in parallel, at the request of Berlin, the OPCW is conducting its own research. In this regard, the Kremlin stated that Berlin did not inform Moscow of its findings, and the Russian Foreign Ministry stressed that Russia was waiting for a response from Germany to an official request on this situation: in a month, Russia sent Germany three requests for legal assistance on the situation with Navalny, replies not received on them. On the day of Navalny’s hospitalization, the prosecutor’s office and the police began to conduct their checks.
The Russian Foreign Ministry a year after the incident with Navalny said that it was a planned provocation aimed at discrediting Russia, the case was promoted by the West to contain the country and new attacks on it. The ministry noted that Berlin did not provide any verifiable evidence of its accusations against the Russian Federation, and the OPCW “shook up” Moscow’s request for assistance, preventing the initiation of a case.

In Krasnoyarsk, the prosecutor’s office checks the complaint about the evacuation...