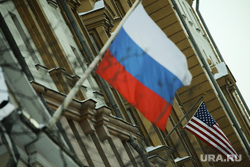 The Washington authorities do not want to harm the Russian people by imposing visa sanctions against the Russian Federation. This was stated by Deputy Head of the Press Service of the US Department of State Vedant Patel.

“On the issue of any kind of visa ban: we have made it clear that we want our actions not to harm or have a significant impact on the Russian people. We do not have disagreements with him on this matter, ”said Patel, TASS reports.

Earlier it was reported that discussions are underway in the European Union about the need to include a ban on the issuance of Schengen visas to Russians as part of the seventh package of sanctions against Russia. Julie Stafft, Deputy Assistant Secretary of State for Consular Affairs, also noted that there are no restrictions on obtaining American visas for Russians, they have the opportunity to submit documents to US diplomatic missions around the world.