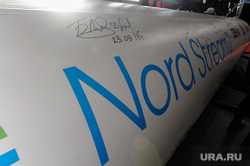 The dependence of German politicians on Russian gas is similar to drug addiction. This statement was made by the Minister of Foreign Affairs of Ukraine Dmitry Kuleba.

“Calls by some German politicians to launch NS2 for a short time and then shut it down are completely irrational. It’s like a drug addiction when a person says, “Just the last time!” without realizing the devastating consequences of each “last time.” Addiction to Russian gas kills!” — wrote Kuleba in the social network.

Earlier, Bundestag Vice President Wolfgang Kubicki called for the opening of Nord Stream 2. In his opinion, there are no good reasons not to open the gas pipeline.