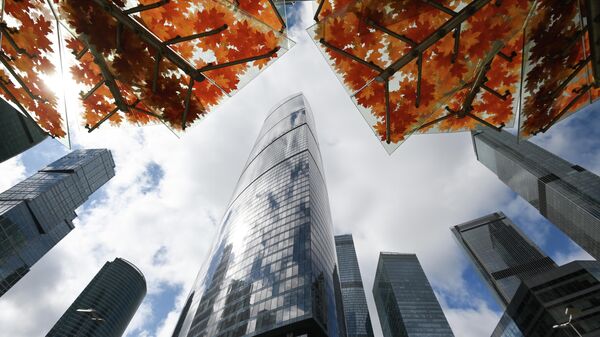 MOSCOW, October 25 – The rating of the regions of the Russian Federation in science and technology was headed by Moscow, St. Petersburg and Tatarstan, the last places were taken by Ingushetia, the Nenets Autonomous Okrug and Khakassia, according to the results of the study

Scientific research, application of high technologies, implementation of innovations are one of the most important factors of economic and social development. An increase in the share of high-tech industries not only ensures economic growth, but also contributes to its qualitative and progressive changes.
The key factor for the active development and implementation of new scientific and technical solutions is the demand for innovation, which, according to experts, is now difficult to call high in the Russian Federation. This is largely due to the continued focus on raw materials in the domestic economy, analysts explain.
According to Rosstat, the share of organizations that are innovatively active (having costs for innovative activities, carrying out research and development, producing innovative products) in Russia in 2020 amounted to 10.8%. This is several times lower than in many developed countries of the world, where this figure is often over 50%. Accordingly, the share of innovative products in the total volume of goods shipped in the Russian Federation in recent years has averaged about 6% (at the end of 2020 – 5.7%), while in many European countries this figure is also significantly higher, experts say.
The release of high-tech goods, scientific research, the introduction of new technologies to one degree or another are carried out in each constituent entity of the Russian Federation, albeit unevenly, as evidenced by the rating of regions prepared by experts for scientific and technological development at the end of 2020.
As the initial data for the analysis, we used Rosstat indicators characterizing the state of science and technology in the regions: the presence and characteristics of the material base, which is the foundation of scientific and technological progress, the availability and characteristics of human resources involved in the area under consideration, as well as the effectiveness and scale of scientific and technological progress. technological activities.

Compared to last year, there have been several reshuffles among the leaders of the rating, its compilers note. The top three, in addition to Moscow and St. Petersburg, included the Republic of Tatarstan, which swapped places with the Nizhny Novgorod region. The three leaders account for almost 31% of the total Russian volume of shipped innovative goods, works, services at the end of 2020.
As experts explain, the leading positions of Moscow and St. Petersburg are due to the historically high level of development of science and technology, the presence of high-tech industries, the work of research institutes of fundamental and applied orientation.
The Republic of Tatarstan, which took the third place in the rating, is one of the scientific and innovation centers of the Russian Federation. Analysts believe that the region’s success in this area is largely due to the development of the innovation infrastructure. The Kama innovation cluster “Innokam”, two special economic zones, a network of technoparks, and a technopolis function here.
The top ten of the rating also includes Nizhny Novgorod, Moscow, Samara regions, Perm Territory, Ulyanovsk, Sverdlovsk and Tula regions. Compared to last year, there have been changes: Tatarstan and the Nizhny Novgorod region have changed places, the Sverdlovsk region has gone up one position, the Tyumen region dropped out of the TOP-10, and its place was taken by the Tula region.
In general, the constituent entities of the Russian Federation, which make up the top ten of the rating, account for 57% of the all-Russian volume of shipped innovative goods, innovative work performed, and services at the end of 2020.
At the bottom of the rating are the regions in which, due to historical and geographical reasons, the research sphere and high-tech industries are underdeveloped. Ingushetia, the Nenets Autonomous Okrug, Khakassia, Chechnya and Karachay-Cherkessia are in the last places.
Experts note that both the group of leading regions in the rating and the group of outsiders largely coincide with the leaders and outsiders of the rating of the socio-economic situation of the constituent entities of the Russian Federation at the end of 2020, prepared This once again emphasizes that the level of development of science and technology is closely related to the overall the functioning of the economy and the quality of life of the population, analysts explain.

The rating shows that the Murmansk region (+9 places) and the Altai Territory (+8 places) improved their positions the most significantly compared to last year. In the Murmansk region, the growth of the indicator of the volume of innovative products produced had a significant impact on the improvement of the site. In the Altai Territory, an increase in the share of highly qualified workers and an increase in the innovative activity of organizations significantly influenced the improvement of the position.
Three more regions have improved their positions by more than five places. These are the Penza region, the Ivanovo region and the Jewish Autonomous Region. These regions have risen in the ranking by six places each.
The most noticeable decrease in positions in the ranking is in the Stavropol Territory (-9 places). This was influenced by a decrease in the share of researchers under the age of 39, a decrease in the share of costs for innovative activities in the total volume of goods shipped, a decrease in the share of products of high-tech and science-intensive industries in the GRP, experts explain.
Two more constituent entities of the Russian Federation dropped by more than five places. These are the Republics of Komi and Mari El, each of these regions has lost six positions compared to last year.
In general, most of the subjects of the Russian Federation had displacements in the rating within no more than one position.
In the near future, experts do not expect that the places of the regions will change significantly, especially the positions of the leaders and outsiders of the rating. This is due to the fact that the development of the scientific base, the establishment of high-tech industries, the introduction of innovations is a long-term process that requires serious changes in the economy of the constituent entities of the Russian Federation.

How the rating was made

The positions of the constituent entities of the Russian Federation in the final list were determined on the basis of the integral value, which was calculated by aggregating the rating points of the regions for 19 analyzed indicators, combined into four groups: “Human resources”, “Material and technical base”, “Efficiency of scientific and technological activities” and ” The scale of scientific and technological activities “. The total value of the score can vary from 1 to the maximum value of 100.
When calculating the rating, the following indicators were used. Group “Human Resources”: the number of personnel engaged in research and development per capita, the share of researchers under the age of 39 in the total number of researchers, the share of highly skilled workers in the total number of skilled workers, and others.
In the group “Material and technical base” the following indicators were taken into account: the share of machines and equipment under the age of five years in the total cost of machines and equipment in organizations performing research and development, as well as the share of organizations carrying out technological innovations, the ratio of wages researchers and the cost of a fixed set of consumer goods and services, the number of computers in organizations per the number of employees, and others.
The group “Scale of scientific and technological activities” took into account such indicators as the volume of shipped innovative goods, performed innovative works and services, the volume of the gross regional product formed by the products of high-tech and science-intensive industries, the number of patents issued.
The group “Efficiency of scientific and technological activities”: the share of innovative goods, works, services in the total volume of goods shipped, works or services performed, the share of high-tech and science-intensive industries in the gross regional product, the number of patents issued per capita and a number of others …