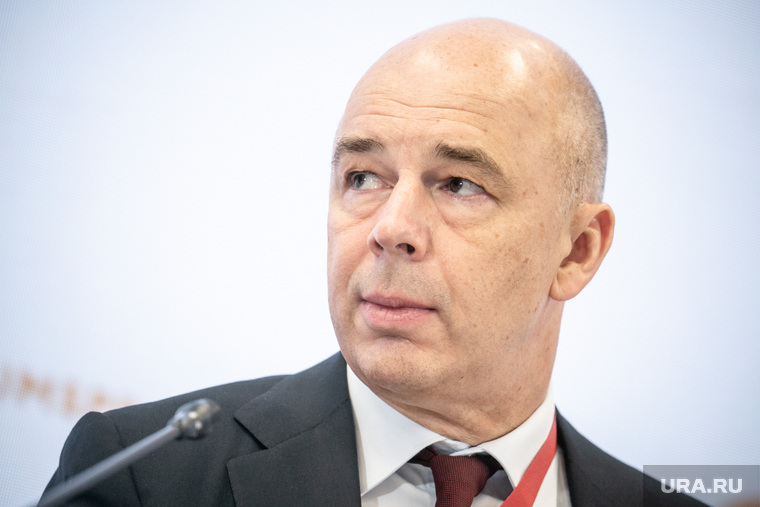 The new economy of Russia

The Ministry of Finance enlisted the support of the Central Bank in an attempt to convince Russian banks to exchange sovereign Eurobonds for federal loan bonds (OFZ) on market terms. Negotiations with bankers are not easy, Anton Siluanov, the head of the department, admitted in an interview on November 25. The Central Bank fixed the assessment of securities in the reporting at the rate of February 18, 2022, but only until the end of the year and does not intend to extend this measure, which is pushing banks to an agreement with the government, financiers told URA.RU.

The Finance Ministry’s proposals to exchange sovereign Eurobonds for OFZs do not suit the bankers, but the ministry will insist on market conditions for these operations, Siluanov said in an interview with Naila Askerzade. “We determine the market value of Eurobonds, we are ready to issue ruble bonds and, accordingly, make such exchanges. But not everyone is happy with it. Therefore, we are in dialogue. The final decision is still under consideration,” the minister said. 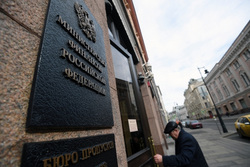 The State Duma gave the Ministry of Finance the right to exchange Eurobonds for OFZs in 2023 for 800 billion rubles
A photo: Kirill Kallinikov / RIA Novosti

The press service of the Central Bank did not comment on Siluanov’s speech, advising the URA.RU correspondent to pay attention to the reasons for the disagreements between the Ministry of Finance and banks, which the minister himself mentioned: “We are ready to exchange, make an exchange, but based on the prices for Eurobonds that are developing today on the market. Not everything suited our bankers among our proposals.” Siluanov also stressed that the Ministry of Finance is ready “to move in this direction”, but “based on the prices that are formed for these assets.”

A URA.RU source in financial circles said that the Central Bank does not directly recommend or prevent banks from changing Eurobonds to OFZs, but if this does happen, the rules established by the regulator may be violated. “In this situation, Eurobonds on the bank’s balance sheet are assets, because it receives payments on these securities, they are taken into account in its currency position. Banks have no other foreign currency assets besides Eurobonds because of the sanctions. At the same time, the population keeps deposits in banks worth tens of billions in foreign currency, and interest must be paid on them. These are obligations to investors, that is, liabilities.

If foreign exchange assets turn into ruble ones, banks will receive a bias in favor of foreign exchange liabilities and all the associated risks. They are implemented in the event of a weakening of the ruble or a sharp outflow of depositors. First we need to figure out how we will solve this problem, ”he explained. 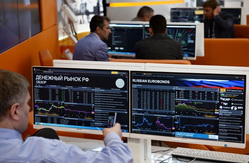 Banks are in no hurry to change Eurobonds to OFZ due to the strengthening of the ruble
A photo: Kirill Kallinikov / RIA Novosti

According to the Central Bank and the Ministry of Finance, as of October 1, foreign currency deposits of the population in dollar terms amounted to 63.4 billion, and the total debt on Russian Eurobonds was 35.7 billion. Despite the sanctions, the Ministry of Finance continued to regularly pay Eurobonds in foreign currency, but after the June decree of President Vladimir Putin, it began to pay in rubles. At the same time, on November 22, the State Duma limited the exchange of government securities denominated in foreign currency for OFZs with a special amendment. This amendment was prepared by the government in a package with other comments to the draft budget for 2023-2025. It gives the Ministry of Finance the right to conduct such exchanges in 2023 for a total amount of up to 800 billion rubles, or $13.2 billion at the current exchange rate, which is about one-fifth of household deposits.

It follows from the rationale for the amendment that as a result of a possible exchange of Eurobonds for OFZs by banks, the volume of Russia’s external debt will be reduced, which will lead to a reduction in currency risks associated with its servicing. Now the yield of Eurobonds is lower than the yield of OFZ, therefore, depending on the terms of the transaction, the exchange will either lead to an increase in the Ministry of Finance’s expenses for servicing the public debt in the long term, or to an increase in the public debt itself. 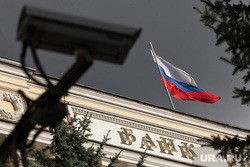 The Central Bank has limited the period in which banks have the right not to show losses on securities
Photo: Vladimir Andreev © URA.RU

Although the documents submitted to the State Duma may give the impression that the exchange of Eurobonds for OFZs is beneficial for banks, their disagreements with the Ministry of Finance indicate the opposite, economist Alexander Isakov explained to URA.RU. “Probably the contradiction lies in the valuation of these Eurobond portfolios. The fact is that the easing on the part of the Central Bank allows banks to reflect in their financial statements the cost of Eurobonds both at the price and at the exchange rate as of February 18, 2022 – before the start of record volatility in the exchange rate and securities. This measure remains in effect until December 31, and the Bank of Russia recently announced that it has no plans to extend it. The ruble exchange rate against the date of its fixation strengthened by 22% – this will lead to a corresponding loss for the holding banks. The negotiating position of banks with the Ministry of Finance is not the strongest – after December 31, they will have to recognize the revaluation in any case, ”the expert noted. 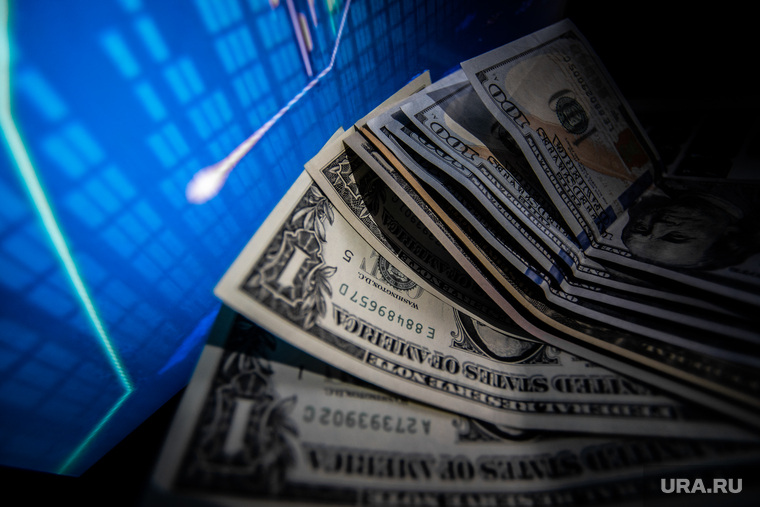 Banks are in no hurry to change eurobonds for ruble government bonds because of the too strong ruble exchange rate, Yaroslav Kabakov, director of strategy at the Finam investment company, confirmed in a conversation with URA.RU. “Siluanov in his interview directly says that banks are dissatisfied with the price that the Ministry of Finance calls the market. The valuation of the papers is based on the ruble exchange rate, and if the deal goes through now, the banks will have to record losses. This will be all the more unpleasant for them if the ruble weakens again in the foreseeable future. It turns out that they sold papers at the bottom of the market, ”concluded the financier.