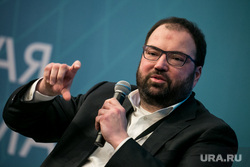 The Ministry of Digital Development of Russia will expand the list of specialties to defer from the partial mobilization of IT and TV employees on October 6-7. This was stated by the head of the department Maksut Shadayev.

“Tomorrow or the day after tomorrow we will expand the list of specialties for postponing employees of IT and telecom companies,” Maksut Shadayev is quoted in the telegram channel of the Ministry of Digital Development. In addition, he noted that the department proposes to extend the deferment from mobilization to teachers of information and communication technologies in schools and teachers of digital disciplines in universities.

Partial mobilization was announced by Russian President Vladimir Putin on 21 September. Earlier, the Ministry of Digital Transformation published a list of IT specialists who will not be drafted into the army. In total, the list of departments includes 195 specialties. Shadayev also said that in order to receive a deferral, employees of IT companies must have higher education. The Ministry of Digital Development clarified that IT employees participating in important processes will not be called for mobilization. On October 5, Russian President Vladimir Putin expanded the list of those receiving a deferment from mobilization.