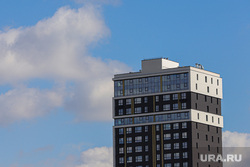 The price of housing in Russia may rise if the cost of resources and labor increases. This was stated by the head of the Russian Ministry of Construction, Irek Fayzullin.

“In a number of regions there is a decrease in the cost per square meter. The most important thing is that the price of resources and labor does not rise, and as a result, the price does not rise in these regions, because there are no objective reasons for such prerequisites for price growth, ”Faizullin said in an interview with Russia-24 TV channel. According to him, the more offers on the market that satisfy demand, the lower the price.

At the end of July, the value of real estate began to decline, both in new buildings and in old houses. channel 360. Sergey Zaytsev, head of the Etazhi new building center, noted that the reduction in preferential rates has become a temporary deterrent.