Home News The leading regions in terms of the level of debt load of... 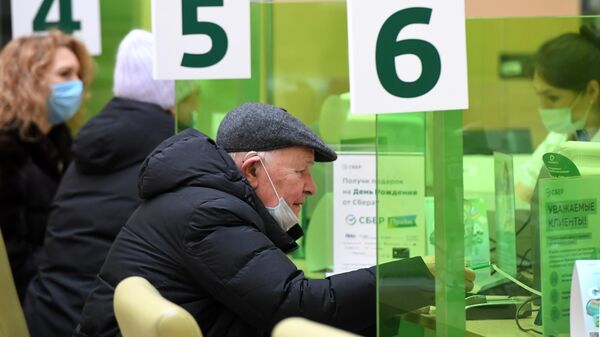 MOSCOW, November 29 – The total debt of one resident of Russia to banks exceeds 300 thousand rubles, while the most heavily credited regions of the country at the end of 2021 are Kalmykia and Tuva, the least – Ingushetia, Chechnya and Dagestan, according to the results of the study.

Against the background of economic activation and low interest rates at the beginning of the year, consumer lending to the population has recently been demonstrating rapid growth, experts say. They explain that preferential mortgages have played a significant role in this, and in recent months, the rise in interest rates has begun, which made many rush to take out loans at good rates before the increase. At the same time, it is noted that a significant increase in consumer lending is observed at a moderate growth rate of wages, which leads to an increase in the debt burden of Russians.
According to the official statistics of the Central Bank of the Russian Federation, the volume of bank loans to the population for 12 months (as of October 1, 2021) increased by 22.1% to 24.1 trillion rubles. For comparison, at the end of 2020, the debt on loans to individuals did not exceed 20 trillion rubles, and in 2018 it was less than 15 trillion rubles.
In general, in recent years, the retail bank lending market has shown very rapid growth, and 2021 turned out to be even stronger at an overall high level. At the same time, the average nominal wage over the past 12 months has grown to a much lesser extent – only by 10%.
According to estimates, the total debt on average per economically active resident of the country increased by 56.4 thousand rubles over the year, to 312.1 thousand rubles as of October 1, 2021. Thus, the population’s debt load, which can be defined as the ratio of debt to wages, is growing quite rapidly: from 45% in 2018 to 55% at present, and only in the last year it has grown by 5.8 percentage points.

How the rating was considered

To assess the population’s debt burden in the regional context, the experts compiled the fourth annual rating of the regions of the Russian Federation. The results of the study indicate that the situation with the debt burden of the population in the regions of the Russian Federation is characterized by a rather high degree of heterogeneity. The ratio of loans to annual salary ranges from 11% to 100%.
The calculation of the level of debt load of the population in the regions was made on the basis of data from the Central Bank of the Russian Federation and Rosstat. The level of debt load was assessed as the ratio of the per capita debt of the economically active population on bank loans to the annual salary. The volume of loans is taken from the statistics of the Central Bank, and wages and the number of economically active population – from Rosstat.
Annual wages and economically active population were calculated as 12-month averages (from 1 August 2020 to 1 August 2021). Debt on bank loans is shown as of October 1, 2021. In calculating the annual salary, the payment of income tax was taken into account.

Southern regions in the top five

Among the leaders of the rating (regions with minimal debt load) were the regions of the North Caucasus and southern Russia. The first place is occupied by the Republic of Ingushetia, in which the ratio of the average per capita bank debt to the annual salary is 11.3%. Although the debt burden in the region is growing (a year earlier it was 10.3%), it remains much lower than the average and even much lower than that of other leaders.
The second and third places are occupied by two other Caucasian regions: the Chechen Republic and the Republic of Dagestan, where the level of debt burden of the economically active population is 22.6% and 22.8%, respectively.
The Republic of Crimea is in fourth place with a result of 23%, and Sevastopol closes the top five (28.8%). As experts explain, the low level of debt load in these two regions can still be explained by the effect of a low base, in addition, there is a lack of large banks, while local banks are still unable to satisfy all demand.
Overall, a debt-to-wage ratio of less than 35% is observed in only seven regions. At the same time, in 69 regions this ratio is higher than the national average, and the median ratio is at the level of 64%. In many ways, this situation has become possible since several large regions are characterized by low debt load, which underestimates the all-Russian average indicator.
In particular, in Moscow, where almost a tenth of the country’s population lives, the debt-to-wage ratio is at 34.8% (7th place), and in St. Petersburg – 55.1%. Thus, despite high salaries in large cities, good opportunities for obtaining credit resources and expensive real estate in the main agglomerations of Russia, the debt burden is low.
On the other hand, a significant level of debt load is observed in the following constituent entities of the Russian Federation: the Republic of Kalmykia, the Republic of Tyva and the Kurgan region. The long-standing outsider, the Republic of Kalmykia, is in last place with a large lag. The debt burden indicator in this region is already 100.1% (a year earlier it was 86.9%), and in the second region from the end, Tuva – 87.4%. Closing the last three, the Kurgan region is characterized by the ratio of annual wages and average debt at the level of 82.2%.
According to the study, this year in seven regions the ratio of debt to wages exceeds 80%, and more than 70% is observed in 25 regions. At the same time, in the ranking of 2020, only one region showed debt load at a level above 80%, and above 70% – 9 regions.

The largest debt per person is in the North

Over the past year, household debt on retail loans has grown in all 85 regions of Russia. According to estimates, the median increase in debt in 2021 was 46 thousand rubles, and the average increase was 56 thousand rubles. In relative terms, the average gain was 22%.
The largest increase in credit debt, on average per one inhabitant of the region, was observed in the Sakhalin Region, where the debt grew by 96.3 thousand rubles over the year. Chukotka Autonomous Okrug became the second in terms of growth rates of outstanding loans per person (94.8 thousand rubles). The third and fourth places in terms of the absolute volume of credit growth are occupied by Moscow and the Moscow Region, where the debt grew by 89 thousand rubles over the year.
Tyva Republic closes the top five regions with the largest increase in debt in absolute terms, where over the year the debt burden of one person increased by 88.1 thousand rubles. In general, an increase of more than 70 thousand rubles was observed in 11 regions. Statistics show that the fastest growing debts were in the regions where they are already high.
In turn, the minimum increase in credit debt was observed in regions with a minimum amount of loan debt per economically active resident. So, the increase in debt of less than 10 thousand rubles per inhabitant was in the Republic of Ingushetia. In the Chechen Republic and in the Republic of Dagestan, the increase was 15.1 and 16.1 thousand rubles, respectively. Thus, a significant part of the southern regions are simultaneously leading in terms of the minimum level of debt load, the minimum volume of loans per capita in absolute terms, and the dynamics of debt per capita.
In percentage terms, the largest increase in debt (over 45%) was observed in Sevastopol and the Republic of Crimea, which is explained by the effect of a low base. Also, in the last 12 months, the population’s debt to banks in Moscow (+ 30%) has also grown quite rapidly, which is most likely due to the large volumes of mortgages against the background of real estate becoming more expensive, analysts say.
Experts expect that the pace of retail lending will slow down in 2022, but may still outpace the dynamics of salaries. According to experts, the increase in lending to individuals will be less than 14%, against the increase in salaries of 7-10%. Thus, the ratio of debt to wages by the end of 2022 may increase by another 1-3 percentage points – against the background of a noticeable increase in rates, this could become a big problem, experts warn. At the same time, in a number of regions where a high debt load is already observed, residents may face economic problems due to the need to give a significant part of their income to pay off debts and pay interest.
* The rating was prepared by order of the agency by RIA Rating specialists.