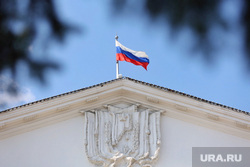 The head of the Zaporozhye region, Evgeny Balitsky, said that the region had de facto separated from Ukraine. According to him, a corresponding decision of the Russian authorities is now expected.

“We can say that the Zaporizhzhia region announced today’s referendum, signed by the decision, the de facto separation of the Zaporizhia region from Ukraine took place. Now we are waiting for the decision of the authorities of the government of the Russian Federation, which should accept us into their composition, and we have submitted such an application, ”said the head of the region, Evgeny Balitsky. His words are reported by RIA Novosti.

Earlier it was reported that according to the results of the referendum in the Zaporozhye region, 93.11% of voters voted for the region to join Russia. This was stated by the head of the local election commission, the data were made public after processing 100% of the ballots.