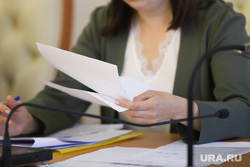 The head of the Aleksandrovsky urban district (Perm Territory), Olga Lavrova, refused to express gratitude on Teacher’s Day to her former colleague, deputy Marina Zimina, who heads gymnasium No. 2. On her page on the VKontakte social network, Zimina expressed irony that this was the “best congratulations” for her 40-year experience.

“I received a ‘wonderful’ gift today from the head [округа] Olga Lavrova. Twice the staff of the gymnasium applied for a letter of thanks for many years of conscientious work, and in connection with the 15th anniversary of my work as the head of the institution. And twice Lavrova rejected the request of the team. “The best congratulations” for 40 years of work I have not had!”, – said Zimina.

In an interview with URA.RU, Lavrova explained that she was not authorized to consider teachers’ applications for awarding the leadership of educational institutions. “In our country, the decision to express gratitude to all heads of educational institutions is made by the head of the district alone. In such a way that the head of the district is petitioned [о награждении] school leaders or their subordinates, no. This year only teachers will be awarded. No leader [школ благодарности] will not be awarded,” Lavrova said.

Lavrova, before being elected head of the Aleksandrovsky district, was a deputy of the city duma. This was preceded by a serious conflict with the Duma of Aleksandrovsk, which led to a confrontation between the mayor and the deputy. Earlier, Zimina accused Lavrova that the head of the district was forcing her to resign from the post of head of the gymnasium.