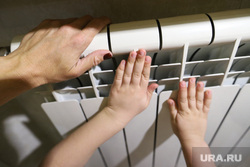 The head of the Almenevsky municipal district, Alexei Snezhko, after installing a new boiler in the district center, visited several apartments and checked the temperature in them. This was announced on November 25 by representatives of the administration of the municipal district. Previously, local residents complained about the cold in the apartments.

“After the boiler was launched, as part of the verification activities, the head of the district, Alexei Snezhko, visited a number of apartments and checked whether the temperature regime had changed. The batteries have warmed up, and the temperature in the apartments at the time of the check was above 20 degrees, ”the message posted in the district administration group on the VKontakte social network says.

On November 24, an additional boiler with a capacity of 0.8 megawatts was installed in Almenev. According to the authorities, thanks to him, the temperature regime has improved in houses along Sovetskaya Street, in the fire station, in the post office, employment center and some commercial enterprises. Authorities added that in the next three days, another additional boiler with a capacity of 2 megawatts will be installed in the village. Thanks to him, according to the authorities, the batteries will be consistently hot.

Residents of Almenev have been complaining about problems with heating for several years. The boiler house in the village was renovated last year, but despite this, the authorities had to rent additional equipment. In November, it became known about the dismissal of the head of the housing and communal services department of the district, Eduard Tsaplin.