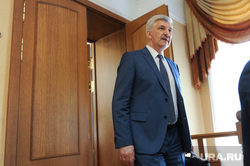 The former general director of the Zlatmash plant in Zlatoust (Chelyabinsk region) Sergei Lemeshevsky and his accomplices received sentences for fraud on an especially large scale. As follows from the verdict, the three defendants in the case received from six to seven and a half years in custody.

“Having considered the materials of the case, the court sentenced Sergei Lemeshevsky to seven and a half years in a penal colony, his former subordinate Ekaterina Averyanov to six years, and Igor Tretyakov to seven years in prison. The defense of the defendants intends to appeal the verdict, ”Kommersant reported on the progress of the process.

The case was initiated in the summer of 2018, at the same time the suspects were detained and then arrested. The investigation established and the court agreed with him that under the leadership of Lemeshevsky, the Lavochkin NGO headed by him in Khimki (Moscow Region) transferred funds to the Tretyakov and Partners law firm, although the company had its own lawyers. According to the investigation, in July 2015, Averyanova, following the instructions of her head, issued 23 agreements with the Tretyakov Bureau on the provision of legal assistance to the Roscosmos organization. At the same time, competitions were not held, and support for lawyers, as it turned out, was associated with participation in courts with Roscosmos itself. All other work was performed by the company’s in-house lawyers.

During the period of the agreement, Tretyakov and Partners received 332.5 million rubles from the NPO named after Lavochkin over three years. Of this amount, Tretyakov transferred 167 million rubles to his account. He left the rest of the funds in the account of his organization.

As a result, the court found all three guilty of especially large-scale fraud. The announcement of the verdict began on August 23, but the hearings were postponed nine times. While the process lasted, its defendants were under house arrest. Lemeshevsky headed the NGO named after Lavochkin in July 2015, leaving the post of head of Zlatmash. In parallel with official activities, the leader was engaged in deputy work: he was a member of the Legislative Assembly of the Chelyabinsk Region, and then the Moscow Regional Duma.