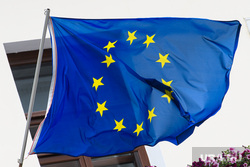 The leadership of the European Union summoned a high-ranking Russian diplomat to Brussels to express condemnation due to the holding of referendums on the entry of the republics of Donbass and the liberated territories of Ukraine into Russia. This was announced by the official representative of the bloc’s foreign service, Peter Stano.

“This is a pan-European and EU-coordinated move,” Stano was quoted as saying by the French newspaper Le Monde. It is reported that Brussels condemned the ambassador in connection with the decision of the Donetsk and Lugansk republics, as well as the Kherson and Zaporozhye regions to become part of the Russian Federation.

Referendums on self-determination of the republics of Donbass, as well as Zaporozhye and Kherson regions were held from 23 to 27 September. According to the voting results, the majority of the inhabitants of the liberated territories supported the idea of ​​joining Russia. On September 30, Russian President Vladimir Putin signed agreements on the admission of new territories to the country.Tsargrad“.

On October 3, the State Duma adopted laws on joining the DPR, LPR, Zaporozhye and Kherson regions into Russia. In particular, it ratified agreements on the accession of new regions, clarifies “Federal news agency“.