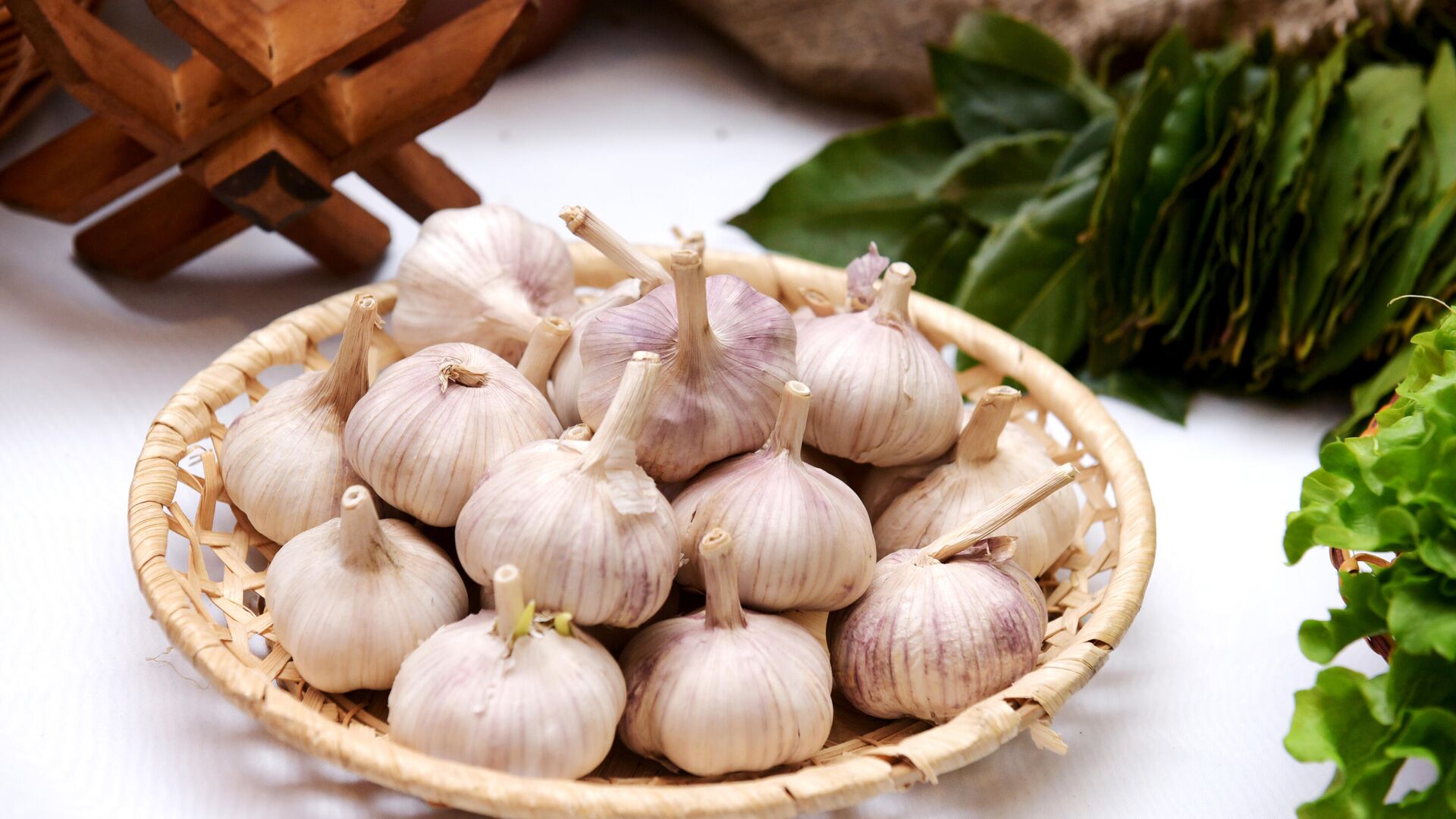 MOSCOW, October 21 – Garlic is one of the most popular means of strengthening the immune system among the supporters of traditional medicine. To whom it is contraindicated, Anna Ivashkevich, family doctor, nutritionist, medical director of BioData, said in an interview with Sputnik radio.
Doctors continue to debate the medicinal properties of garlic, but for most people, this plant is beneficial if consumed in limited quantities, she said. Due to its composition, garlic will help strengthen the body’s immune defenses during the season of viral infections, the nutritionist said.
“Garlic is a stimulant of the immune system. Plus, it contains a fairly significant amount of zinc, which helps us resist viruses,” Ivashkevich explained.
However, you shouldn’t overuse garlic, she continued.
“It will be a couple of slices a day. But if there are problems with the gastrointestinal tract, then even that amount is a lot,” added the nutritionist.
For some diseases, it is generally not recommended to eat garlic.
“Garlic is contraindicated for people with open stomach ulcers. It also cannot be eaten by people with gastritis, which is not in remission, but in an active stage, raw garlic is also contraindicated for them. If a person with a similar problem still eats garlic, he will get pain and discomfort. in the stomach, “Anna Ivashkevich warned in an interview with Sputnik radio.