The Chelyabinsk region was in sixth place among the leading truck sales regions in July 2022. During the month, 131 trucks were sold.

“In July of this year, among the regions of the Russian Federation, Moscow showed the highest result in sales of new trucks – 2945 units of equipment. The top five included the Moscow region, St. Petersburg, the Kaliningrad region and Tatarstan. The Chelyabinsk region overtook the Sverdlovsk region and ended up in the top 6 in the ranking of regions,” the Avtostat Info website reports.

Earlier it became known that in the Chelyabinsk region in July 2022, compared to the same period in 2021, the demand for new cars fell by more than three times. Lada cars became the leaders of the sales rating. There are two Chinese brands in the top 5. 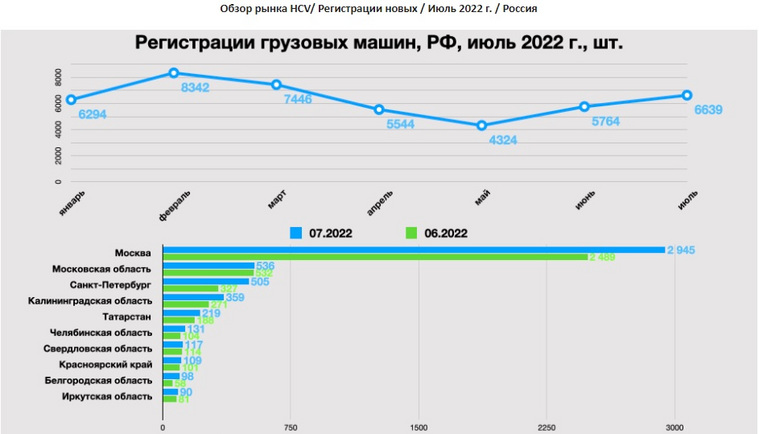