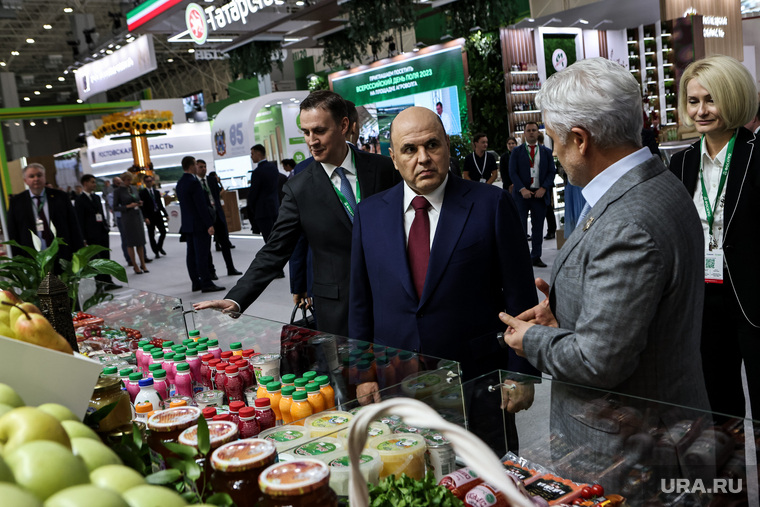 The Russian authorities have changed their approach to the country’s food security. At the agro-industrial exhibition “Golden Autumn” in the Moscow region on October 5, Prime Minister of the Russian Federation Mikhail Mishustin instructed to focus on domestic technologies in agriculture and increase exports. Experts explained to URA.RU that this would allow building stronger ties with friendly countries and not depend on unfriendly ones.

Mishustin was the first to visit the livestock pavilion. He was introduced to cows of breeding breeds. He stopped and stroked one of them, fed her hay, praised the staff for clean and tidy animals. 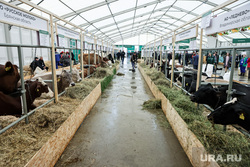 A barn was placed at the agro-industrial exhibition “Golden Autumn”
A photo: Vladimir Andreev © URA.RU

In the next pavilion, the prime minister was presented with domestic agricultural machinery. At the entrance he was met by a Kirovets tractor. The management of the plant assured that import substitution is almost complete, only hydraulics remain, which will be replaced with a domestic analogue within 2-3 years. “Solve this problem. I was in Belarus, I looked at the possibilities of their factories. We need to work closely with colleagues from a friendly country,” the head of government recommended. 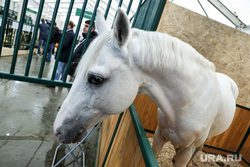 Mikhail Mishustin was introduced to a breeding stallion during an inspection of the Animal Husbandry Pavilion
A photo: Vladimir Andreev © URA.RU

After a tour of the exhibition, the Prime Minister presented state awards to workers of the agro-industrial complex (AIC). He noted their contribution to the creation of a modern high-tech industry. “In our country, much attention is paid to food security in order to reliably and clearly provide ourselves with food, water, meat, milk, sweets and other goods,” Mishustin said. At the strategic session “Food Security of Russia and the World”, the prime minister named growth points for agriculture.

According to him, it is necessary to return idle lands to agricultural circulation, renovate the fishery complex, and replace foreign breeding technologies with domestic ones. Mishustin stressed the need for digitalization of state support for farmers, the development of agritourism projects and small and medium-sized businesses in the countryside, and an increase in food exports. 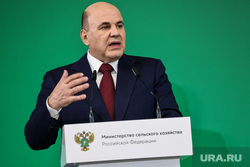 Mikhail Mishustin confirmed the readiness of the Russian government to help the agricultural industry in the face of sanctions
A photo: Vladimir Andreev © URA.RU

The draft budget, which was submitted to the State Duma, provides for 380 billion rubles for the state program for the development of agriculture, the head of the government of the Russian Federation announced. He confirmed the readiness of the Cabinet of Ministers of the Russian Federation to promptly respond to the requests of the agricultural industry, given the difficulties faced by business-trade external barriers, disruption of supply chains and others.

“Russia is capable of making a serious contribution to world food security. Without our country, it is difficult to stabilize the situation, which threatens a global food crisis. We are aware of our responsibility, we are ready to fulfill all obligations to our partners, no matter what barriers unfriendly countries try to set up,” Mishustin concluded. 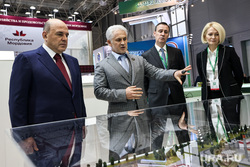 They want to direct the development of agriculture along the path of developed countries, so knowledge and new technologies will be the main ones, experts say
Photo: Vladimir Andreev © URA.RU

The head of the government of the Russian Federation is setting agriculture on the path followed by economically developed countries, where knowledge and technology are the main ones, says Georgy Ostapkovich, director of the HSE Center for Market Research. “Mishustin focused on the fundamental points of support in order to give them more importance and make them the main sources of agricultural growth. To do this, it is necessary to rebuild the industry in terms of knowledge, the introduction of new technologies and forms of management,” the expert specified. 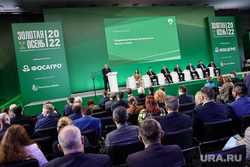 The Russian authorities are thus solving a set of problems that have arisen due to sanctions.
Photo: Vladimir Andreev © URA.RU

The authorities in this way solve the problems that the sanctions have revealed, says Alexander Safonov, professor at the Financial University under the Government of the Russian Federation. “Some products are still imported – potatoes, fish, fruits. In the context of the rupture of logistics links, imports are either impossible or prohibitively increase the cost of products and this affects the standard of living of the population.

The development of national agriculture saturates the market, increases competition and reduces prices. Increasing the country’s export opportunities will allow building stronger ties with friendly countries and not depend on unfriendly ones,” the source said. 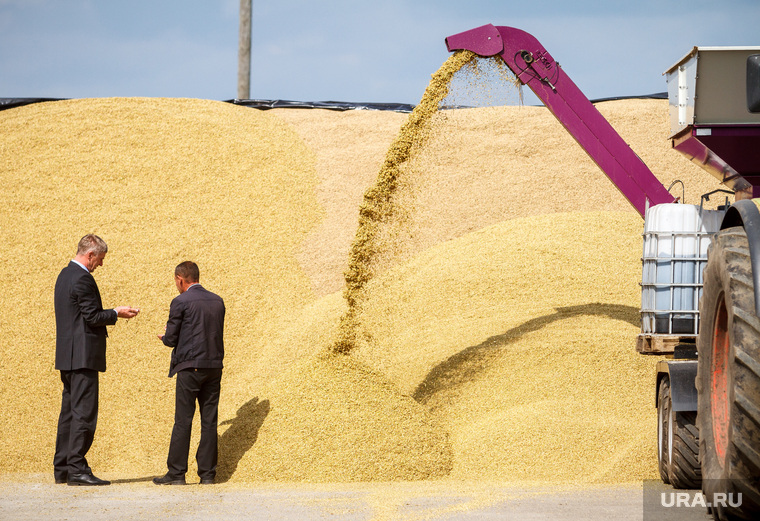 The authorities protected Russia from the food crisis

At the Golden Autumn exhibition, agricultural producers and authorities build a dialogue, share topical issues and solutions for them, adds Doctor of Economics, Professor, former Deputy Minister of Agriculture and Food of the Russian Federation Leonid Kholod. “The exhibition demonstrated that Western sanctions are nothing to us. At the same time, issues of preparation for the next season were raised – the purchase of fertilizers, import substitution of seeds, preparation of foreign and Russian equipment for the next season, ”the expert said.