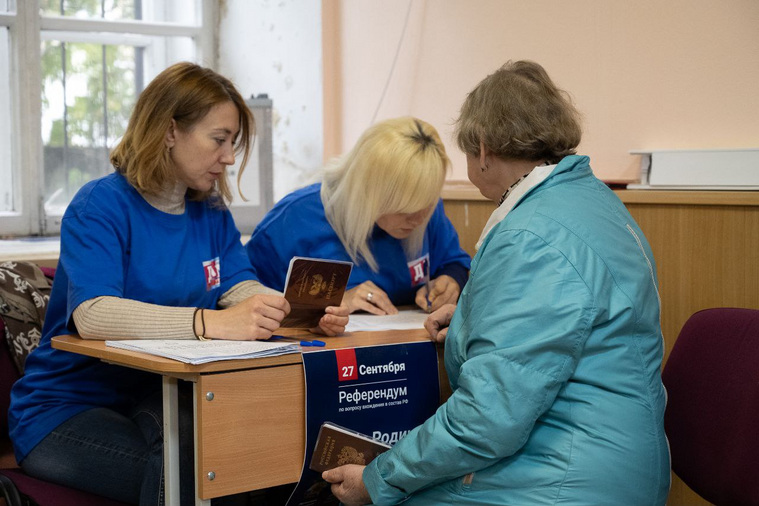 In the Sverdlovsk region, referendums on joining the Donetsk and Lugansk people’s republics, as well as the liberated territories of the Zaporozhye and Kherson regions, have ended. About the significance of this event – in the material of the correspondent “URA.RU”.

On the final voting day, the agency’s journalist visited the polling station, which is located in Yekaterinburg on Krylova Street, 2. From the early morning, refugees from the DPR and LPR arrived at the polling site to cast their votes at a decisive historical moment. 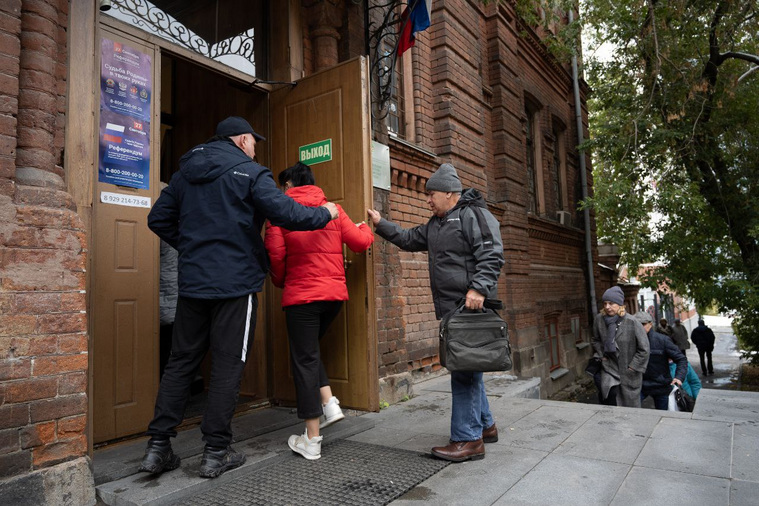 Refugees believe that historical justice is being restored thanks to the referendum
A photo: telegram channel “CSC. Sverdlovsk region” 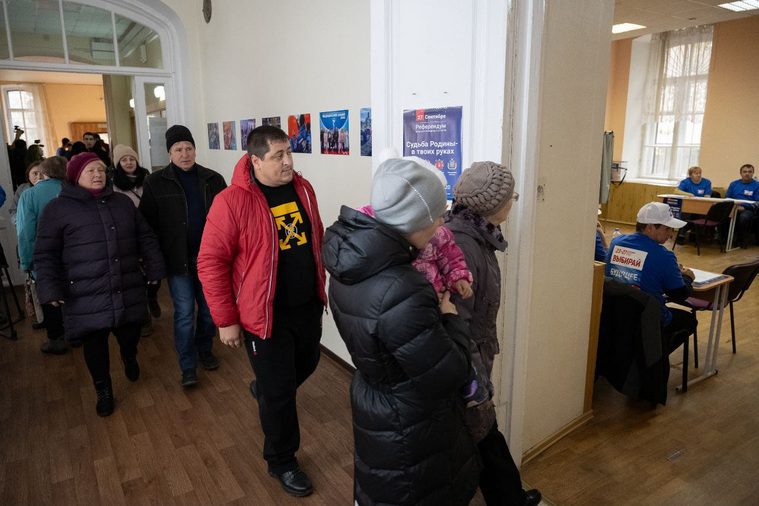 People came to the polling place to cast their votes at a decisive moment in history.
A photo: Public Service Center (PSC) Sverdlovsk Region

Galina, who witnessed all the horrors of the nationalists in Mariupol, believes that the referendum should have been held back in 2014. “We lived 18 years in Mariupol. They built a house, gave birth to children and were already planning their old age. When the Euromaidan passed, it became clear to me and my husband that it would not end with anything good. We were waiting for a referendum back in 2014, but it did not happen. But better late than never. We are sure that everyone who came to cast their vote understands what an important and correct step they are taking by voting today for joining Russia,” the woman shared.

“Today we stand together against the entire Russophobic world. We stand shoulder to shoulder. We should be together. Therefore, the referendum is the first, but very important step in our common historical future,” Elena said.

“In 2014 I came from Donetsk. Now I live in the Sverdlovsk region. I would like to say a huge thank you for the fact that the referendum is now taking place. Of course, I would like it to be held earlier, but now the very moment when it is a referendum is needed. Partial mobilization is also taking place now. I would like to wish good luck and health to those who are now going to defend our Motherland,” said UrFU student Anna, who moved to the Urals from Donetsk in 2014 with her whole family.

Another native of Donetsk, who came to the capital of the Urals with two children, wants to quickly join Russia. “I would like to join Russia as soon as possible, so that everything is at the legislative level. It’s just that we, in the DPR, don’t have that yet. I wish there was peace. We have two children Polina and Sofia. We live in a hotel, we were assigned here. We arrived from Donetsk on September 10,” the woman said.

Member of the election commission Natalya Kostyukova, in a conversation with a URA.RU correspondent, explained that the people who came to vote for joining Russia say they have been waiting for such an opportunity for a long time. “All they want is to protect themselves from the terror of the Kyiv regime,” she shared. 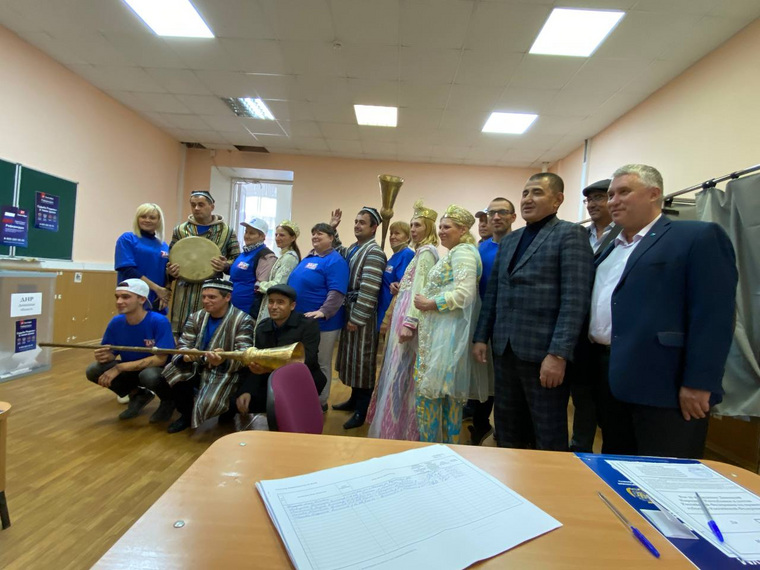 The Diaspora of Uzbekistan organized a dinner for members of the commission
Photo: Dzhanita Dzhallatova / URA.RU 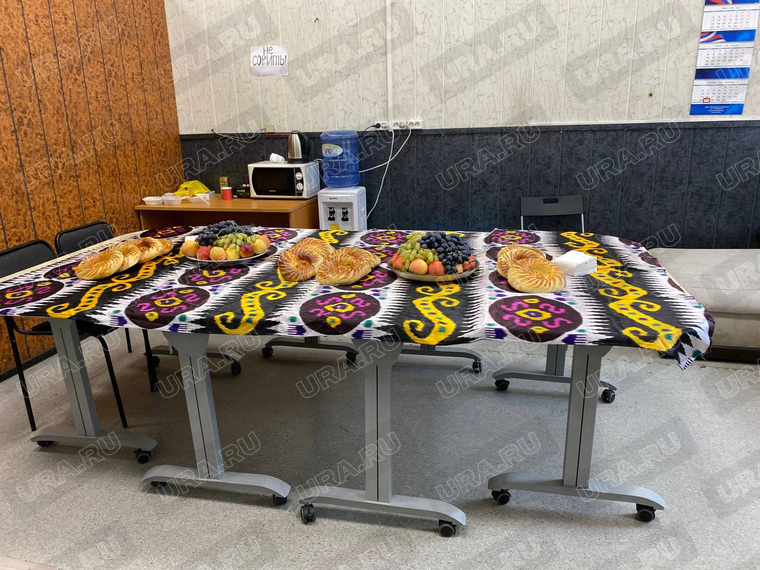 Despite the fact that the referendum has come to an end, the aid to the refugees of the DPR and LPR is not ending. Residents of the capital of the Urals continue to bring things and stationery for migrants from the liberated territories.

House of volunteers of the Sverdlovsk region announces the collection of things. Any warm clothes for children and adults are accepted – in good condition or new. The collection point for humanitarian aid in Yekaterinburg is located at the address: Krylova Street, 2, it works around the clock and seven days a week. You can ask questions by phone: +7 (343) 382-23-77. 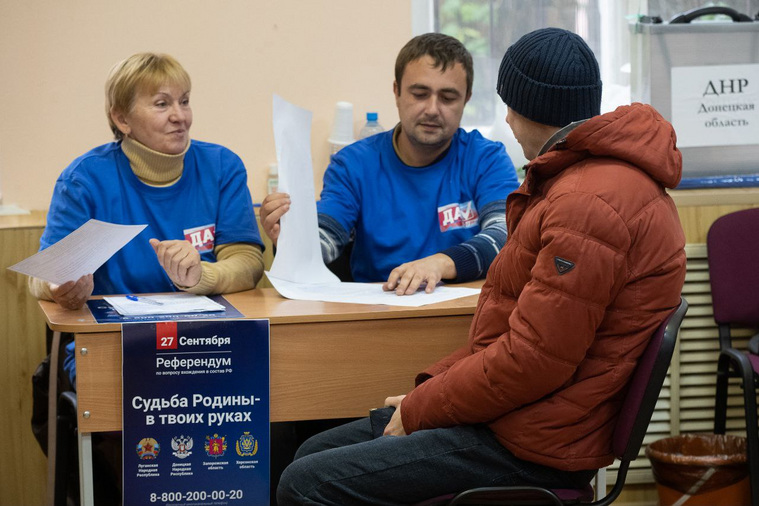 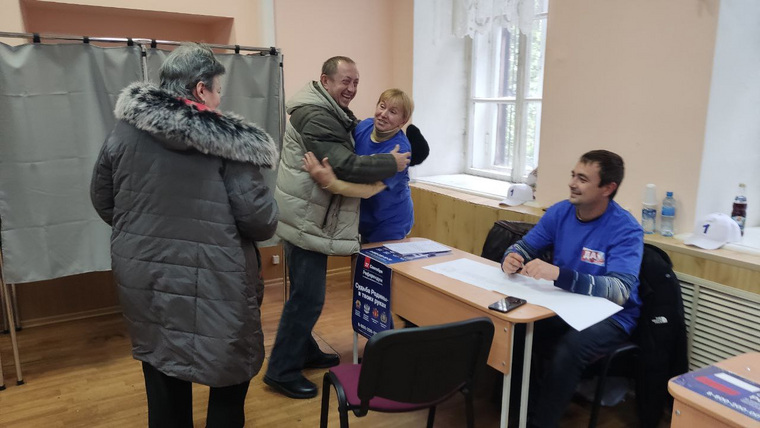 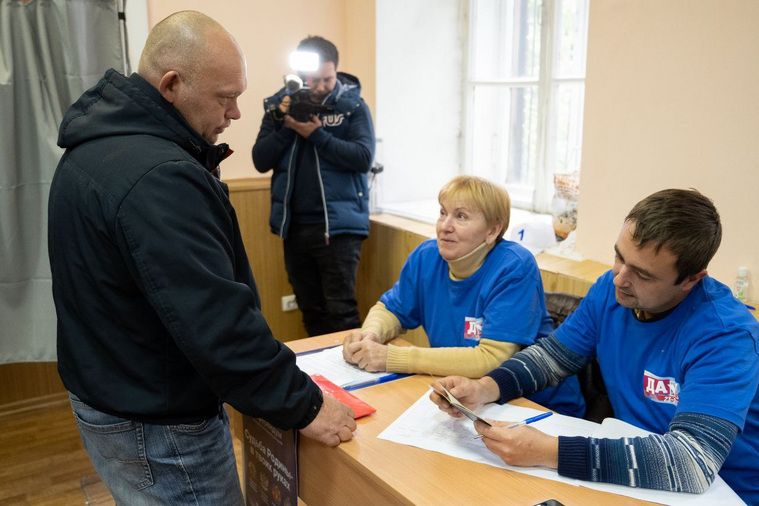