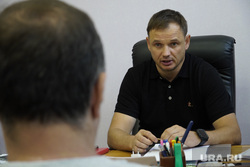 Residents of the Kherson region are ready to join the Russian Federation. This is evidenced by the mood of people at meetings with the authorities of the region, said Kirill Stremousov, deputy head of the regional administration.

Russia took control of the Kherson and most of the Zaporozhye regions during a special operation in Ukraine. According to Stremousov, the borders of the Kherson region are reliably protected by the Russian Armed Forces, reports RT. The deputy head of the administration also noted that the region would become part of Russia in any case. Thus, residents of Kherson began to receive Russian social benefits and apply for Russian citizenship in a simplified manner.