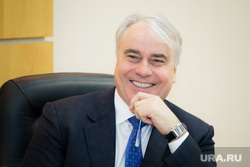 Russia can sell gas to the West for rubles and gold, and to friendly countries such as China or Turkey for national currency or bitcoins. This was stated at a press conference by Pavel Zavalny, Chairman of the Energy Committee of the State Duma, who was elected to the federal parliament from Yugra.

“If they want to buy, let them pay either in hard currency, and this is gold for us, or pay as it is convenient for us, this is the national currency. As for friendly countries, China or Turkey, which are not involved in the sanctions pressure. We have been proposing to China for a long time to switch to settlements in national currencies for rubles and yuan. With Turkey, it will be lira and rubles. The set of currencies can be different and this is normal practice. You can also trade bitcoins,” Zavalny commented at a press conference at the Rossiya Segodnya MIA multimedia center.

The State Duma deputy said that he supported the decision of Russian President Vladimir Putin to transfer payments for gas imports to unfriendly countries to the ruble zone. “The question arises, why should we trade for this currency? In fact, then this currency turns into candy wrappers for us. And we must supply real material resources, while not being able to get paid for them, ”commented Zavalny.

Earlier, Russian President Vladimir Putin said that Russia would sell gas to unfriendly countries for rubles. According to the head, the reason for this decision was the declaration by the US and the EU of default on their obligations to Russia. The new requirements of Russia in the calculation for gas are also aimed at stabilizing the ruble exchange rate on the international currency market.

The President of the Russian Federation announced the start of a special operation in Ukraine on the morning of February 24. The head of state stressed that this step was forced. Ukraine refused to comply with the Minsk agreements. In response to the special operation, the United States and Western countries imposed wide-ranging sanctions against Russia, directed not only against the state’s economy, but also, in the words of EU leaders, against every Russian.