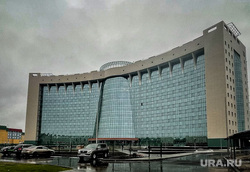 State Duma deputy from the Liberal Democratic Party Yevgeny Markov turned to the head of the investigative committee of Russia Alexander Bastrykin because of the long-term construction hospital in Nizhnevartovsk (KhMAO), which began to be built in 2007. Markov himself reported this to URA.RU.

“After I learned that the Investigative Committee had begun an investigation into the lengthy construction of a hospital in Nizhnevartovsk, I wrote a letter addressed to Alexander Bastrykin. In which he asked the investigators to pay attention to the report of the district accounting chamber. Which will be drawn up after we initiated the verification of the validity, legitimacy and efficiency of the use of budgetary funds allocated for the construction of the hospital, ”Markov said.

Markov also shared with the head of the investigative committee the possible reasons for such a long project implementation. “Management mistakes are on the face. Which need to pay attention and draw conclusions. This does not mean that the governor is to blame. There are people on the ground who were responsible for certain tasks, and as a result, this led to what we now have for this facility,” Markov added.

Earlier, URA.RU reported that Bastrykin took control of the investigation of the scandalous long-term construction in Khanty-Mansi Autonomous Okrug. Investigation of a criminal case related to embezzlement during the construction of a district hospital in Nizhnevartovsk.