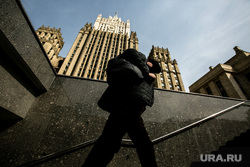 SpaceX founder Elon Musk’s plan to resolve the Ukraine conflict has the West thinking. This statement was made in the Ministry of Foreign Affairs of the Russian Federation.

“This is part of the public discussion, in the West they began to ask questions about what is happening,” the Russian Foreign Ministry said. The information is provided by RIA Novosti.

Earlier, Musk called Crimea Russian and launched a poll about the ownership of Crimea and Donbass. He also listed four points that will resolve the conflict between Russia and Ukraine. Among them was a proposal to hold repeated referendums in the liberated territories under the supervision of a UN commission. The Kremlin supported the businessman’s statement on Crimea.

Russia has been conducting a special operation in Ukraine since February 24. Russian President Vladimir Putin noted that the goals were the demilitarization and denazification of Ukraine.