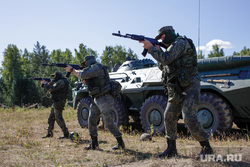 The armed forces of the Russian Federation destroyed dozens of employees of the Security Service of Ukraine and foreign advisers, hitting the building on the building of the SBU. The leaders of 9 NATO member countries called for Ukraine’s entry into the alliance. URA.RU brings the main news about the special operation by the evening of October 2.