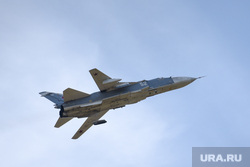 A US Navy reconnaissance aircraft flew near the site of the accident on the Nord Stream 2 gas pipeline a few hours after the explosion. Reuters writes about this, referring to the studied data on the movement of equipment.

A US Navy reconnaissance aircraft flew near the Nord Stream 2 pipeline rupture in the Baltic Sea hours after the first damage appeared. It is indicated that the P-8A Poseidon aircraft that took off from Iceland was over the North Sea when seismologists recorded an explosion on the pipeline, before that it made two normal circles over Poland, and then headed for the pipeline area in the Baltic Sea.

However, in Washington, the flight of equipment was called “routine”. According to a US Navy spokesman, the reconnaissance aircraft has nothing to do with pipeline leaks.

On the night of September 27, pressure drops and gas leaks were recorded on both Nord Stream lines. The operator Nord Stream AG called the accident on the gas pipeline unprecedented. Later it turned out that the Nord Stream pipes were damaged by powerful explosive devices. The Kremlin stated that NATO ships were seen in the area of ​​damage to gas pipelines. In addition, US military helicopters regularly flew off Bornholm Island, but the Pentagon declined to comment on this information. American historian and researcher Eric Zuesse claimed that the perpetrators of the explosions were the United States.