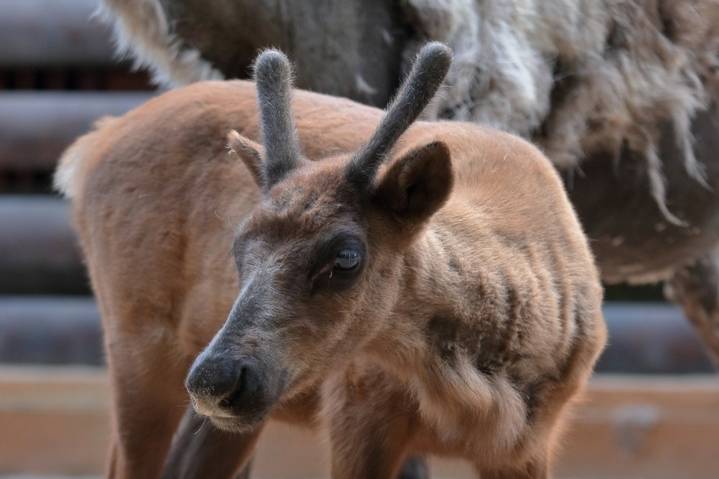 The Leningrad Zoo has chosen a name for the reindeer, which was born from the female Tulya on May 7th. They decided to name the baby Tundra, the newspaper reports. “Petersburg Diary”.

“Mom began to raise a small deer together with her grandmother Palmyra. Immediately after birth, the cub stood on its feet: growing up in ungulates is very fast, because it is a matter of their survival in nature,” — the message says.

According to zoo workers, Tundra already enjoys trying the main delicacy in their family – oatmeal porridge, but mother’s milk still remains the basis of her diet. At first, the deer was a little shy, but Tulya’s mother and Palmira’s grandmother showed the baby by their own example that zoo workers are friends who can be trusted.

Earlier, Life said that the birthday of the pandas Rui and Dindin was celebrated on a grand scale at the Moscow Zoo. The festive program was prepared in the classical traditions of Chinese art. In addition, the zoo staff prepared a bamboo cake with the number 5 and a figure of a horse made of bamboo for Dindin, who is five years old. For Ruyi, who was six years old, a cake was made with the corresponding number.