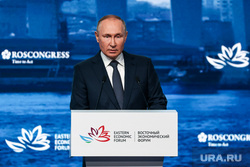 Russian President Vladimir Putin promised to consider introducing benefits for residents of Donbass who have participated in the defense of the region since 2014. The President of the Russian Federation himself announced this at a meeting with the mothers of the mobilized.

“It is possible to extend the system of benefits to the residents of Donbass who participated in the defense of the region, as they say, retroactively, starting in 2014,” Putin said. The meeting is broadcast on the Russia 24 TV channel. The Russian leader called for work on this issue and the creation of a system of appropriate benefits.

Earlier it became known that in Russia the wives of husbands sent to the NWO zone will be helped to run their business. Since many of them do not have the relevant experience, knowledge and competencies.