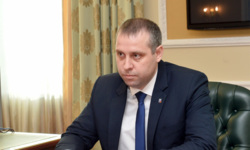 The head of the administration of Gubkinsky (YaNAO), who was the last of all the heads of municipalities to open a community in Tyumen, was forced to do so under pressure from the regional authorities. This was reported to URA.RU by political scientist Alexander Bezdelov.

“The decision to open a community in Tyumen is a mandatory requirement of the regional authorities. Everyone has long reported on this issue, only Garanin remained. Well, this hardware issue had to be resolved by “suggestion” from the government, ”the political scientist reports.

According to the interlocutor, the opening of the community is not a key priority in the work of the mayor, but the mayor of Gubkinsky received an insignificant suggestion from the higher leadership. “Each head of the municipality must maintain certain indicators, and the community is one of the indicators of work on the territory of the Tyumen region with the inhabitants of Yamal. This spoiled the overall impression and entailed, if not large, but image costs for the region, ”says the interlocutor.

A request was sent to the YaNAO government and the administration of Gubkinsky. No responses had been received at the time of publication.

Earlier URA.RU reported that Gubkinsky opened a community in Tyumen. This municipality was the last in the YNAO who did not have such a community.