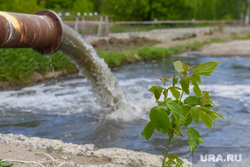 Scientists of the Perm Polytechnic University (PNRPU) have modernized the technology for extracting valuable resources from production waste. We are talking about a new method for extracting nitrogen and phosphorus from industrial wastewater, thanks to which the efficiency of extracting these chemical elements increases to 99 percent.

“The traditional method does not allow to achieve such results. In addition, the technology of Perm scientists will make it possible to produce domestic fertilizer based on struvite, a phosphate mineral, and will contribute to the import substitution of foreign analogues. The modified technology is easy to implement, has a high speed of the process, allows you to simultaneously extract ammonium and phosphate from wastewater without using excess reagents,” the press service of the university said.

PNRPU scientists proposed to modify the reagent from a mixture of magnesium and phosphate salts, processing them into an active intermediate product. When using it, specialists managed to increase the degree of extraction of nitrogen and phosphorus modifications from aqueous solutions up to 99 percent. The results of the study will be useful for industries that have water waste with impurities of these chemical elements. As a result, enterprises will be able to produce and sell struvite, which can be used as a mineral fertilizer.