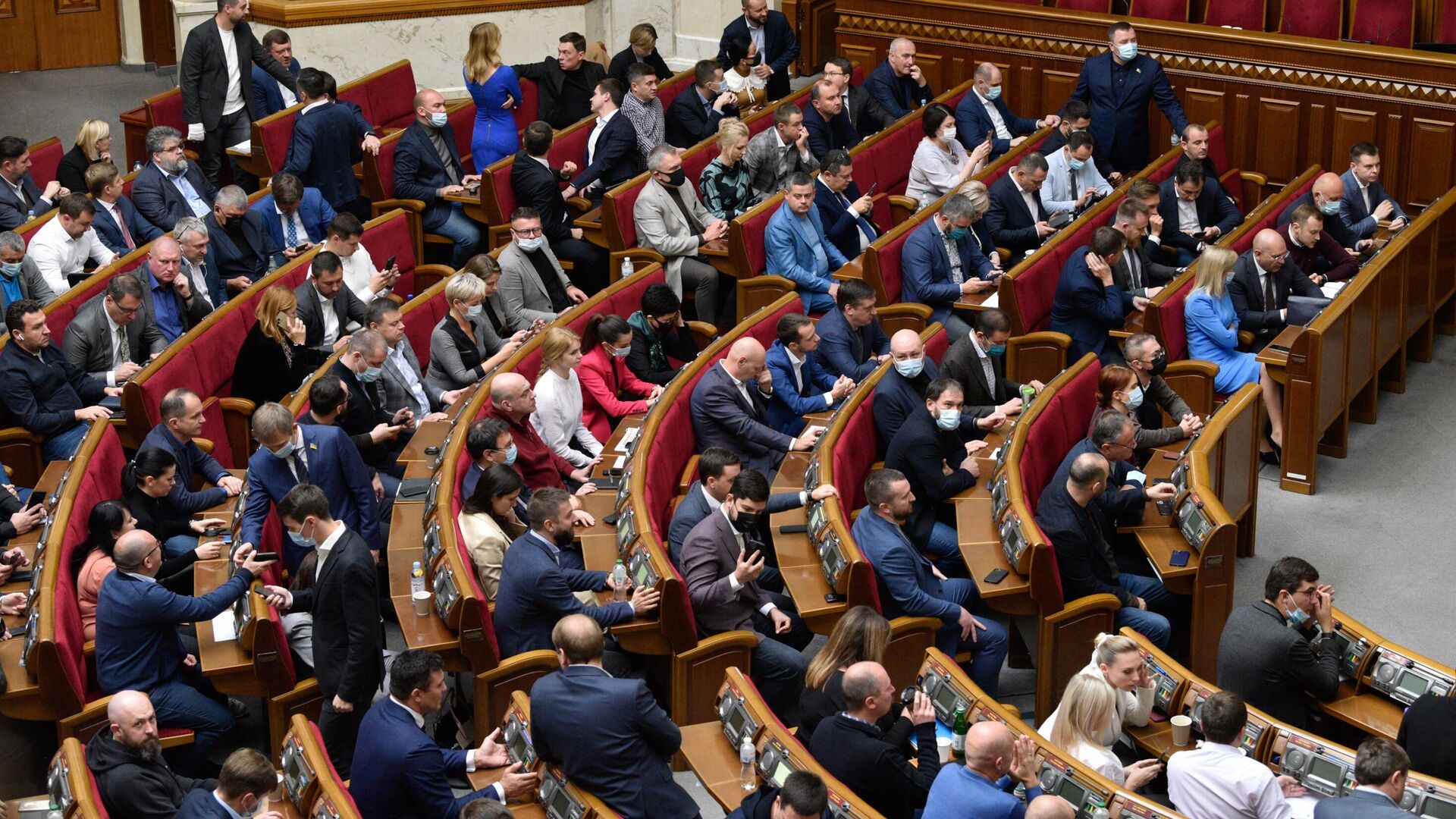 KIEV, 21 October – The party of ex-President of Ukraine Petro Poroshenko “European Solidarity” for the first time bypassed the pro-presidential party “Servant of the People” in the ratings, 15.7% and 15.5% are ready to vote for them, respectively, according to a social survey conducted by the Kiev International Institute of Sociology (KIIS) …
“Four parties have relatively high support: European Solidarity (13.9% of all respondents and 15.7% among those who made their choice), Servant of the People (13.7% and 15.5%, respectively),” Batkivshchyna “(12% and 13.6%) and” Opposition Platform – For Life “(11.5% and 13%),” the message says.
According to the results of the KIIS poll in September, 17.4% were ready to vote for the Servant of the People party, and 11.6% for European Solidarity.
Also, the five percent barrier is overcome by the party of the ex-head of the Security Service Igor Smeshko “Strength and Honor”, for which 7.8% of citizens are ready to vote, the party of ex-deputy of the Rada Yevgeny Muraev “Nashi” with a score of 5.7%, “Oleg’s Radical Party Lyashko “- 5.6%, and the party of former Prime Minister Volodymyr Groisman” Ukrainian Strategy Groisman “- 5.6%, which is on the verge of a five percent passing barrier.
The survey was conducted by telephone interview from October 15 to 18, 1200 respondents were interviewed in all regions of Ukraine, except for the territories of Donbass not controlled by Kiev. The statistical error does not exceed 3.2%.
After being elected president in 2019, Volodymyr Zelenskyy dissolved the Rada and called early parliamentary elections. The pro-presidential party “Servant of the People” won them with a record result. Zelensky received carte blanche as a mono-majority in parliament. The next presidential elections in Ukraine are to be held in 2024, and in the Verkhovna Rada in 2023.