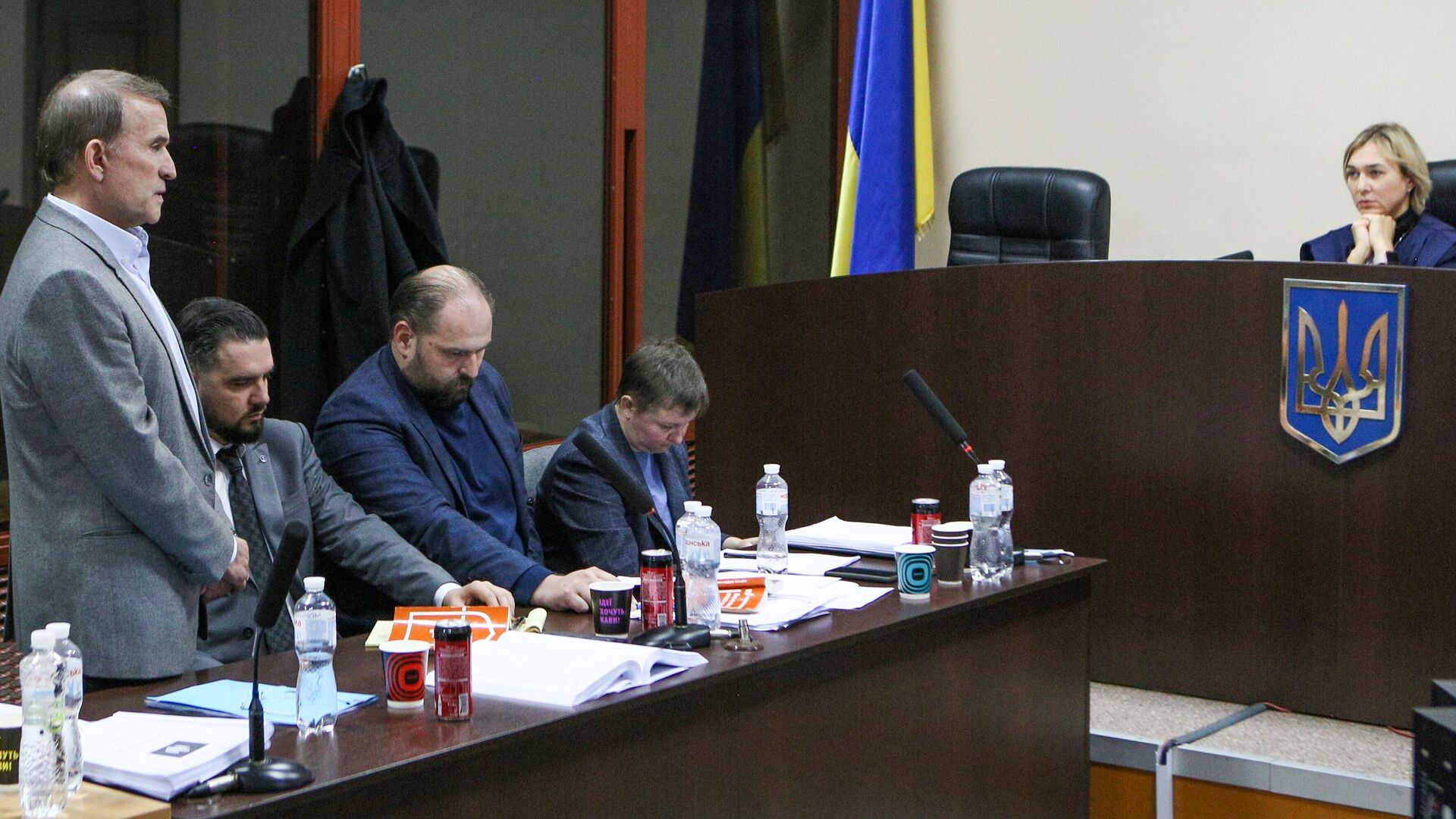 KYIV, 29 Jan – The “Opposition Platform – For Life” faction appealed to the Prosecutor General of Ukraine Irina Venediktova regarding the case against the chairman of the political council of the party Viktor Medvedchuk and the so-called “Medvedchuk’s tapes” – records of his telephone conversations, which the investigation, according to parliamentarians, fabricated, according to website political forces.
“The Opposition Platform – For Life” faction appealed to the Prosecutor General Irina Venediktova with a statement on the case of Viktor Medvedchuk, chairman of the political council of the Opposition Platform – For Life party. in the message.
As it became known to the deputies, back in August last year, the Pechersky District Court of Kiev appointed a forensic examination of the case to establish the authenticity of the conversation records, on which, in fact, almost all charges are built.
“The court ordered the prosecution to send the original “tapes” and the device that allegedly recorded telephone conversations to the experts of the KNIISE (Kyiv Scientific Research Institute of Forensic Expertise – ed.) for an appropriate study. In accordance with the court decision, the experts are obliged to examine the authenticity of the recording available in the case. Check if it has been mounted and, if mounted, then in what way,” the press service of the deputy Renat Kuzmin quotes.
The parliamentarian stressed that since August last year, the prosecution deliberately does not comply with the court ruling and does not transfer the necessary equipment and “tapes” to the experts. “The reason? It is obvious: the authorities are afraid of being exposed. The authorities know that the ‘tapes’ are fake, that the examination will definitely confirm the fabrication of the main ‘evidence’ and the whole Medvedchuk case will fall apart even before the trial,” Kuzmin is sure.
He also stressed that now the decision on the “films” should be made by the Prosecutor General, it is she who will bear all responsibility for the quality of consideration of the collective appeal of the deputies. “It is the Prosecutor General who is now obliged to execute the court’s decision and hand over the tapes and related equipment to the experts,” Kuzmin added.
Earlier, the Bihus.info portal, positioning itself as a team of investigative journalists, published Medvedchuk’s alleged telephone conversations with representatives of Russia and the self-proclaimed Donetsk and Lugansk People’s Republics. The name of Petro Poroshenko appears in them. Zelensky, in an interview with the 1 + 1 TV channel, called the published recordings treason, in which, in particular, Medvedchuk allegedly negotiates with representatives of the Russian Federation on the supply of electricity to Ukraine. He expressed the opinion that the politician, together with Poroshenko, crossed “bloody lines”, and granting Poroshenko to Medvedchuk powers in negotiations between Ukraine and Russia suggests that “no one was interested in ending the war, that is, people were making money.”
The published recordings, in particular, contain episodes where Medvedchuk allegedly negotiates with representatives of the Russian Federation on the supply of electricity to Ukraine, so that Kiev, in turn, supplies electricity to Crimea. According to Bihus.info, Poroshenko wanted electricity supplies from the Russian Federation to pass through the company of his associate Konstantin Grigorishin. However, allegedly after this became known to journalists, Poroshenko decided to remove the intermediary company from this chain, and an agreement for the supply of electricity was signed with a state-owned company. In addition, journalists claim that since 2014 Medvedchuk has been participating in negotiations on the exchange of prisoners with the Donbass, he allegedly communicated with representatives of the DPR and LPR, but did not particularly contribute to the process.

Security of the EAEU Forum in Bishkek will be ensured by 4,000 policemen

The amount of compensation for the installation of gas equipment will...