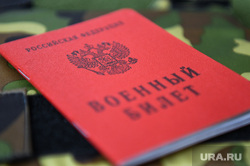 A volunteer from Yekaterinburg, Ilgiz (42), thanks to mobilization, will be able to get to Ukraine on the second attempt, following his relatives who have already been called up. The man told URA.RU about this while waiting in the courtyard of the Kirov military registration and enlistment office to be sent to the training camp in the 32nd military town of Yekaterinburg.

“This is the third time I [участвую в боевых действиях]. The first time was in Chechnya, in Grozny (Oktyabrsky district), 2000-2001 – military service. Then 2004-2006 – under the contract. [По званию я] sergeant. And in the military specialty – grenade launcher, shooter, squad leader, anti-aircraft gun operator. <…> My relatives — cousins, second cousins ​​— have also been taken away. But they, too, for the most part voluntarily went [как и я]. Also with experience. Many acquaintances, ”Ilgiz shared.

According to him, for the first time he tried to leave for Ukraine immediately after the start of the special operation. “[После начала спецоперации] I asked [на фронт], came. But then there was no need [в моем присутствии]. In addition, I already had the termination of the contract of my own free will – in 2006. Then the war [в Чечне] ended, and there was nothing to do there, ”shared Ilgiz. Relatives reacted “positively” to his decision to go to Ukraine, the fighter added. “They know that I am a soldier. Through the life of a soldier. [С какими ощущениями еду?] It will be worse than in Grozny. I can see from the footage that it’s worse. The fighting is thicker,” Ilgiz believes. In ordinary life, he works as a forklift driver.

On September 21, Russian President Vladimir Putin signed a decree on partial mobilization. In total, 300 thousand reservists are planned to be called up for military service (9.7 thousand from the Sverdlovsk region). Putin, and later Russian Defense Minister Sergei Shoigu, noted that the mobilization would affect only those who had served in the ranks of the Russian Armed Forces, had a popular military specialty and combat experience.