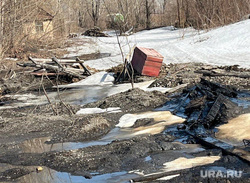 After a prosecutor’s inspection of compliance with environmental requirements, Gazpromneft-Noyabrskneftegaz compensated for the damage caused to the environment in the amount of more than 43 million rubles. This was reported to the District Attorney’s Office.

“The environmental prosecutor made a presentation to the head of the joint-stock company. Based on the results of its consideration, the damage caused to the environment in the amount of more than 43 million rubles was fully compensated,” the prosecutor’s office reported.

It is noted that as a result of production activities and depressurization of pipelines, more than 17 hectares of the forest area were contaminated with oily liquid. The prosecutor’s office keeps the restoration of the land under control.

Earlier, URA.RU reported that the gas company paid more than 13 million rubles for the uncontrolled release of the gas mixture. The natural environment has been damaged.