The book of short stories “The Way of the Dog” was published by the publishing house “Russian Gulliver” by Vadim Month this year. “The stunning unpredictability of the plot,” notes the publisher’s annotation. 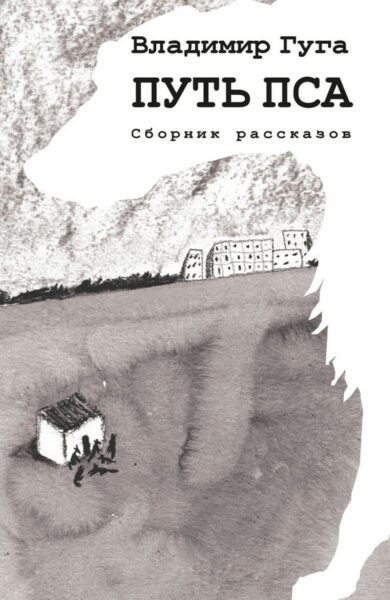 Why the unpredictability? We already know what to expect from this Googie, we love him for a long time. He writes off everything from his life. To be sure, even appearance leads: “The Jews do not recognize me as their own. I don’t look like a Russian either. I look like an SS. Especially with a clean-shaven head and round glasses. But in vain my father disowned me. After all, it is precisely by his grace that I look like an Untersturmführer.

The hero of the stories considers himself a mutant because his dad served on a nuclear submarine for three years.

“In general, we mutants are happy with life and ourselves. We do not know how to live “like a human being” and we do not want to. And what good is this so-called normal, adequate life?”

Here it is, the key question of our time. And the author tries to give an answer to it.

In the title story, the editor sent our hero to the Vladimir region to interview the general director of the chemical plant. A very responsible task. And the hero started at six o’clock in the morning. But at the subway, I noticed a pack of dogs out of the corner of my eye, from which one business watchdog separated. “Before moving away from his buddies, the dog kind of looked at them strangely and nodded, like, see you later, friends. The dogs stomped in response. They’ve obviously stirred up some secret project.”

And the hero followed the watchdog to solve the mystery. A journey around the city begins … Somewhere at the eleventh hour, when an ink stain of twilight spread over the city, the hero finally remembered his task. Turned on the mobile phone. “Thirty-seven missed calls: twenty-nine from the editorial office and eight from the chemical plant.” And he decided to call the editor urgently, because if he did not talk to a smart person right now about the dog and its strange friends, he would simply be torn to pieces from the impressions received.

Now you understand everything about the author and his hero. This is one face. And the character that the hero sees and describes is the same person. One in three persons. “Today on the subway, I saw a guy finish reading a very good book. He skimmed over the last page. What follows is a description of the novel, the impression of a man. How does the author of the story know all this? “The thing is, that guy is me.”

If I were a publisher, I would publish this book of stories myself. And everything else that Vladimir Guga will write. Because he constantly opens the world to me. “Infantilism is one of the main Western values” – this is in a story about foreigners. Well, isn’t it? We see it ourselves, especially recently, when we have been shown so often in all its glory ladies – defense ministers, ladies-presidents and ladies-advisers. But Guga noticed it first.

Only a person like him can come up with a simple-looking phrase: “Once my grandmother died.”

So the child writes his first poem. “Intuitively, Vovik understood that no liberties, such as blank verse or free verse, and no archaic features, such as Homer’s hexameter or epic meter, should be allowed. He understood this, even without knowing the terrible words mentioned above: only Pushkin’s square-nested size, and that’s it. No options.” As a result, he got a poem about Lenin: “Lenin is not lazy. / Labor, not laziness.

In this book, of course, there is a classic existentialism: the story “Admission without a ticket.” The therapist, saying that the possibilities of medicine are limited, sends the student Nadia to the 526th room. There is a live queue. Still alive. A nurse peeking out of the office takes Nadya’s card and referral. Patients enter the office, but no one leaves. Only a light bulb with the inscription “Next” lights up above the door. And Nadia regretfully recalls that she did not have time to buy a birthday present for her mother. And then an indignant nurse ran out of the office: “You have here, in this column, not a seven, but a four. If it turned out to be a seven, then yes, then to us, and a four is an absolutely normal indicator! Say, where they are looking, and so we sew up here, we work without a break, without days off. And Nadya, wiping away her tears, trudged to the exit.

And the classic absurdism in “Vova sees shitty.” Vova drives across the city to Vtoraya Sudoremontnaya, 5, building 2, apt. 107″. This street turned out to be a copy of his own Novobetonnaya Street. And a house. And the door was opened by his own wife, tiredly muttering bored reproaches.

But the stories are completely realistic!

Here, former classmates Oksana and Sveta meet in the restaurant “No Questions!”. The name of the restaurant is simply the highest class, but it was invented on the go (that’s what a copywriter’s experience means! You can’t drink away skill!). The names of girlfriends are living life itself! And it is not without reason that friends infect one another with a trifling and vain, but relentless thought: where to lie after death?

And the fateful transitions are made on two pages: from an energetic top manager to a grandmother at the entrance. In order not to steal all the energy for yourself, taking it away from your own children. After all, the amount of energy in the world is limited. The required minimum is given to the family. This is the sacred material physical law of conservation of energy! What kind of existentialism can there be!