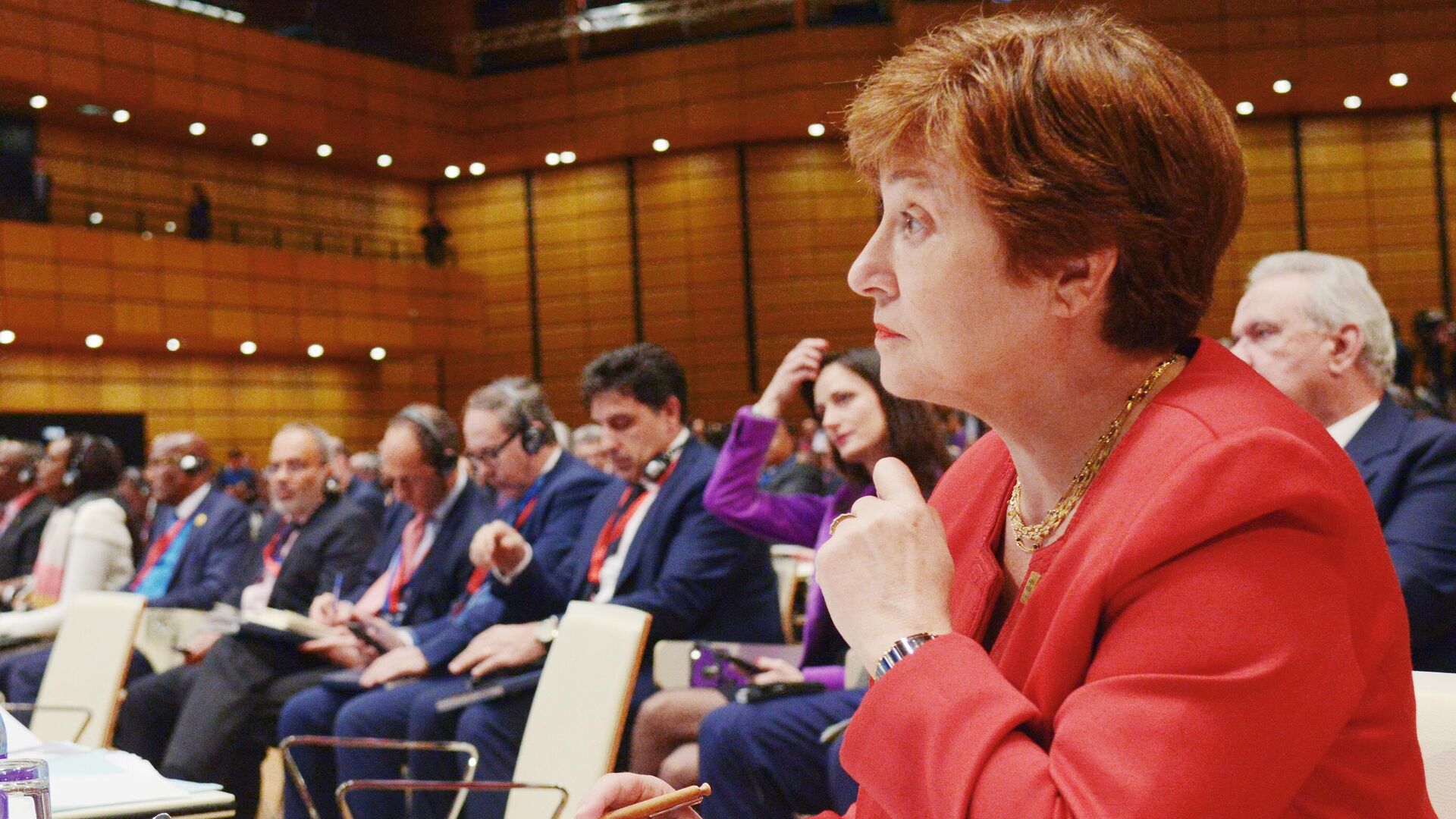 MOSCOW, October 27 – The World Bank has rejected a request from IMF Managing Director Kristalina Georgieva to hold a meeting in her defense over accusations that she, as World Bank Director, pressured subordinates to interfere with ratings.
Georgieva’s lawyer Whitney Debevoie filed a petition for a meeting with the head of the bank’s board on Friday. As noted in the petition, in the course of the investigation by the law firm WilmerHale, non-compliance with the procedure was admitted that violate Georgieva’s rights, the findings of the investigation are also based on incorrect assumptions.
“The World Bank Board has told Debevoie that it would be inappropriate to meet with Georgieva as she is not involved in the WilmerHale investigation into potential wrongdoing by current and former bank employees,” the agency writes. Reuters citing sources.
Georgieva is suspected of pushing her subordinates to inflate China’s business ratings as the executive director of the World Bank. An independent audit also revealed interference in the ratings of Saudi Arabia, Azerbaijan and the UAE. The audit was initiated following an investigation by law firm WilmerHale in relation to the World Bank’s 2018 Doing Business report.
Georgieva herself denies the accusations, and the IMF executive board expressed confidence in her following the investigation of history.