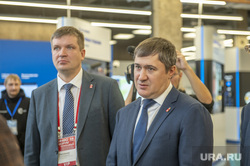 The Perm Territory has fully implemented the plan to mobilize reservists and send them to training centers. This was announced during a meeting of the regional government by the governor of the region Dmitry Makhonin. The meeting is broadcast on the Permsky Krai page on the VKontakte social network.

“According to the military registration and enlistment offices, 100% of the reservists who were planned for conscription in the first stage were notified and sent to training centers,” Makhonin said.

The news is being added.