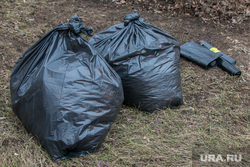 About the lost resident of retirement age from the Perm Territory, who spent the night in a garbage bag in the forest, said the detective of the criminal investigation department from Berezniki, Oleg Yatsyshin. Information published on the website of the Main Directorate of the Ministry of Internal Affairs of Russia for the Perm Territory.

“Somehow a grandmother in the village of Ogurdino got lost. While wandering, it got dark. But she did well, did not lose her head, did not panic. I sat down under a tree, climbed into a large garbage bag, slept until the morning, and in the light I already found a stop and came home myself, ”said Senior Police Lieutenant Yatsyshyn.

Starley called pensioners “one of the most difficult categories of citizens” to search for. According to Oleg Yatsyshin, they themselves do not understand where they are going and why. If this is a city, then it is easier to search, he believes. There are some addresses, acquaintances, surveillance cameras. Someone probably saw, can show the direction, then you can find another witness. But the most difficult thing for law enforcement officers is the search for mushroom pickers and fishermen. “Our forests are endless, and the water does not forgive mistakes at all,” added the detective of the criminal investigation department.

URA.RU wrote earlier that the body of a fisherman was taken from a reservoir in the Perm Territory. Two friends went fishing on a pond near Ocher on 30 September. The whereabouts of the second man have not yet been determined.