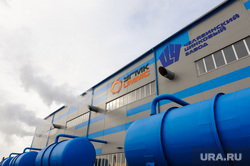 The London Metal Exchange (LME) will limit new deliveries of copper and zinc to the Ural Mining and Metallurgical Company (UMMC) and the Chelyabinsk Zinc Plant, one of UMMC’s subsidiaries. Bloomberg writes about it.

“The London Metal Exchange will limit new deliveries of copper and zinc to the Russian Ural Mining and Metallurgical Company and one of its subsidiaries. This move is the most significant restriction on supplies from Russia to the world’s main market.

Supply restrictions were introduced after the UK on September 26 included the founder and president of the UMMC Iskander Makhmudov in the sanctions list. “From now on, metal from UMMC or its subsidiary can only be supplied to LME warehouses if the company’s president can prove to the stock exchange that he sold all assets before he fell under sanctions,” writes Bloomberg.

Iskander Makhmudov was sanctioned on 26 September. But in March 2022, the UMMC press service reported that Makhmudov had ceased to be the controlling beneficiary of the company and resigned from the board of directors. This happened after the London Precious Metals Market (LBMA) deprived the plant “Uralelectromed” (“daughter” of UMMC) of the status of a reliable supplier.

In July, Andrey Kozitsyn, General Director of UMMC, fell under EU sanctions. Immediately after that, he left the post, taking the holding out of the blow.