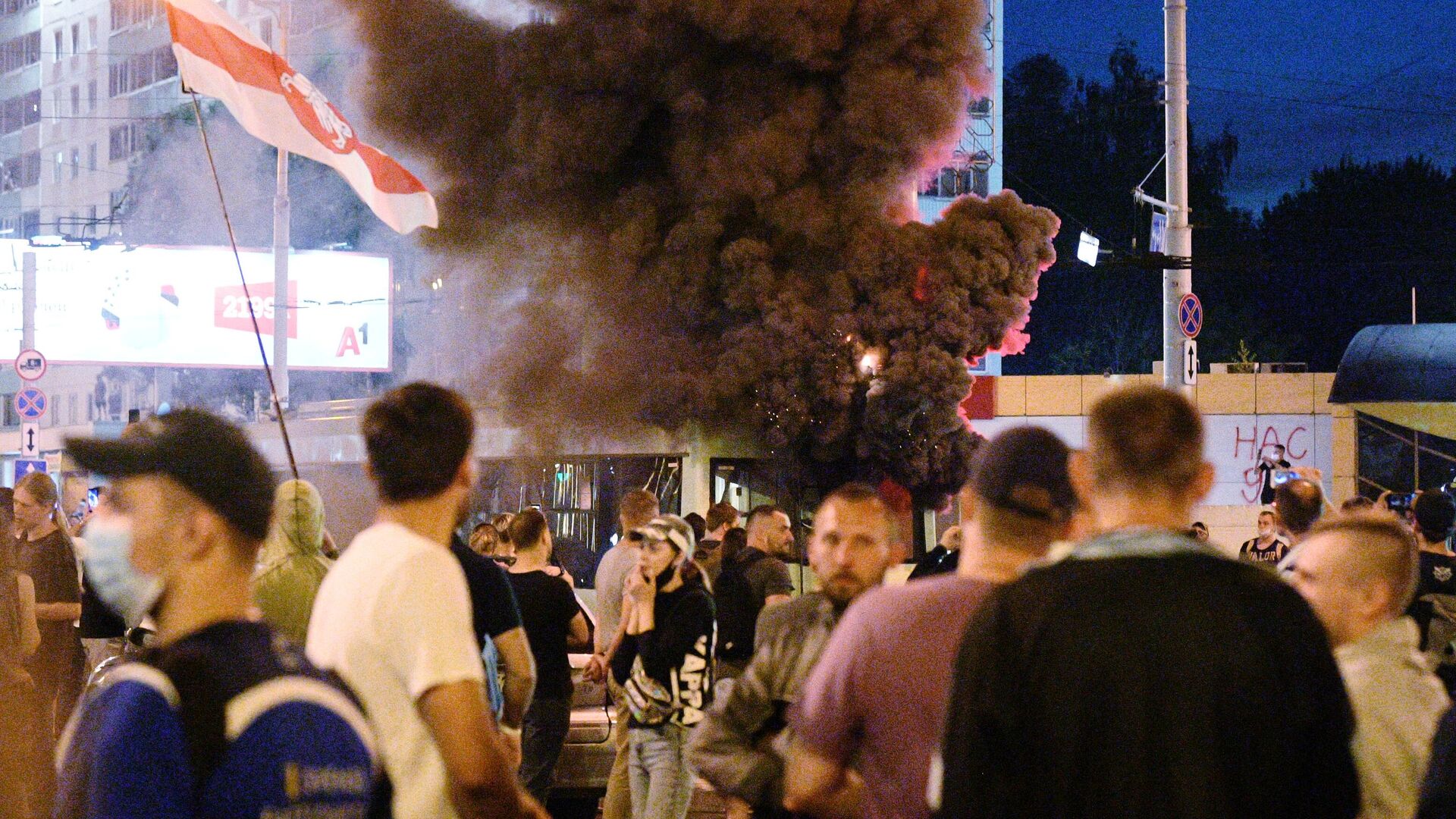 MINSK, 22 Oct – The Ministry of Internal Affairs of Belarus will soon publish a list of persons involved in extremist activities, said Vyacheslav Orlovsky, head of the department of the main department for combating organized crime and corruption of the ministry.
Earlier, the government of Belarus adopted a resolution, according to which the Ministry of Internal Affairs was instructed to maintain and post on its website lists of organizations, formations and persons involved in extremist activities. The document created legal conditions for the recognition of groups of citizens carrying out extremist activities, including through Internet resources, social networks and instant messengers, as extremist formations. The list of extremist groups has already been published and is regularly updated.

He noted that the list will include the data of those who have already been convicted of extremist crimes, the list will be regularly updated.
“The information will continue to be stored in the drive for five years after the convictions have been cleared by those who have served their sentences. During this time, they will be prohibited from occupying certain positions – government, military service, – to engage in pedagogical, publishing and activities related to the legal circulation of weapons, explosives”, – clarified the representative of the ministry.
Orlovsky also commented on the progress in recognizing groups of citizens as extremist formations. He announced investigative actions against the creators, organizers and active participants of extremist groups. In addition, Orlovsky said that members of extremist groups risk being deported, banned from entering, or deprived of their acquired citizenship. They will also be under special financial control by representatives of the relevant department of the State Control Committee.
“The courts have already included the materials of more than 300 destructive resources in the list of prohibited (their information is recognized as extremist materials – ed.). Perhaps not all groups of citizens united through them will be recognized as extremist formations, some channels will self-destruct. Therefore, they began to work with the largest, radical and posing the greatest danger to society, “- said the representative of the Ministry of Internal Affairs.
After the presidential elections held in Belarus on August 9, 2020, in which Alexander Lukashenko won for the sixth time, who, according to the CEC, gained 80.1% of the vote, massive opposition protests took place in the country, for the suppression of which the security forces, among other things, used special means and special equipment. On February 11, the KGB of Belarus announced that the manifestations of protests had practically disappeared. In Belarus, criminal cases have been initiated against a number of opposition leaders, including calls for the seizure of power, the creation of an extremist group, a conspiracy to seize state power by unconstitutional means, and an attempted terrorist attack.